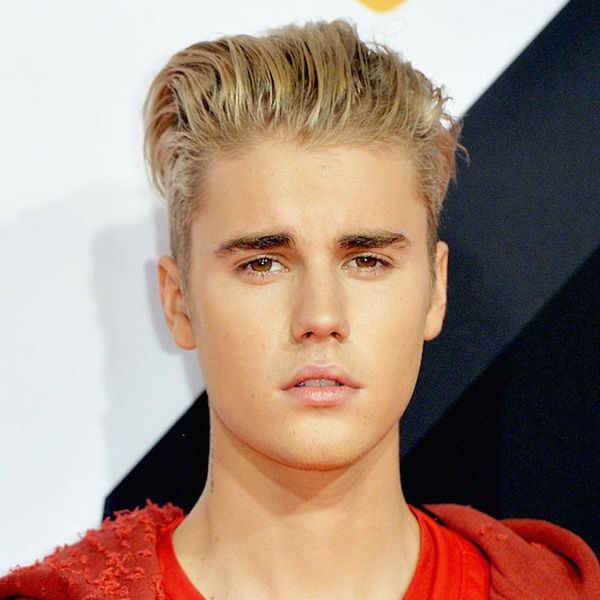 A bad day for Bieber and Prince William’s last shift as an air ambulance pilot lead this morning’s top news stories. Check out those and more below in the Thursday edition of Morning Buzz.

1. Justin Bieber made headlines earlier this week for canceling the rest of his Purpose world tour, and now he’s back in the news again for accidentally running into a paparazzo photographer with his truck while leaving City Church, Beverly Hills police confirmed to People. Bieber immediately got out of his pickup truck to make sure the photographer was okay; photos show the photographer who was knocked down lying on the sidewalk and holding his leg. He was transported to the hospital with non-life-threatening injuries. (h/t People; photo via Anthony Harvey/Getty)

The Duke of Cambridge will complete his last shift as an air ambulance helicopter pilot with the @EastAngliAirAmb this evening. pic.twitter.com/x8mbgNJlZU

2. Prince William retired as an air ambulance pilot to focus on royal duties full-time. For the past two years, when we weren’t seeing William tour the world with his impossibly adorable kids, he was quietly serving as a helicopter pilot with the East Anglian Air Ambulance team. Now he’s hanging up his flight suit to focus on his royal duties full time, but not before an emotional last shift with the crew today. “These experiences have instilled in me a profound respect for the men and women who serve in our emergency services,” he said in a statement. “I hope to continue to champion [them], even as I leave the profession.”

3. Rihanna met with the President of France about education because she can do anything. A typical work schedule for Rihanna consists of slaying the red carpet for the new blockbuster movie she’s starring in one week, and meeting with the President of France, Emmanuel Macron, and First Lady Brigitte Macronthe the next to talk about making education better for girls around the world. NO BIG. Rihanna shared snaps from the “#girlpower” meeting on her Instagram story, and said in a press conference after the meeting that a big announcement would be coming in September. She’s working with the Global Partnership for Education to get G20 leaders to commit dollars to education initiatives — and it looks like it’s working. (h/t HuffPost)

4. Naomi Watts and Liev Schreiber reunited for their son’s 10th birthday party.Watts and Schreiber split last September after 11 years together. At the time, they stated that “with great love, respect, and friendship in our hearts,” they still looked forward to raising their children together. This has proved true so far, as the two reunited to celebrate their son Alexander’s 10th birthday this week. The parents and son posed for a pic cutting the cake together, which Schreiber captioned, “Happy Birthday Big Boy! Finally hit the double digits!” Too cute. (h/t E!)

5. Kylie Jenner decided to go vegan and her first meals look gourmet AF. Me, deciding to try to be vegan: “Time for some plain tofu, I guess?” Kylie Jenner going vegan: “Vegan, raw, soy-free, dairy-free, grain-free nachos and vegan pizza.” Jenner is currently “trying this whole vegan thing,” and the vegan tacos, nachos, and pizza she shared look pretty delicious. Jenner didn’t state her reasons for the dietary switch, but she’s known to try lots of different food trends, including her hilariously relatable juice cleanse that lasted only a couple of hours before she went and got sushi.

Are you or have you ever tried being vegan? Let us know @BritandCo!