Morning Buzz! Celebs Had Just As Many WTF Moments As You Did During the Presidential Debate 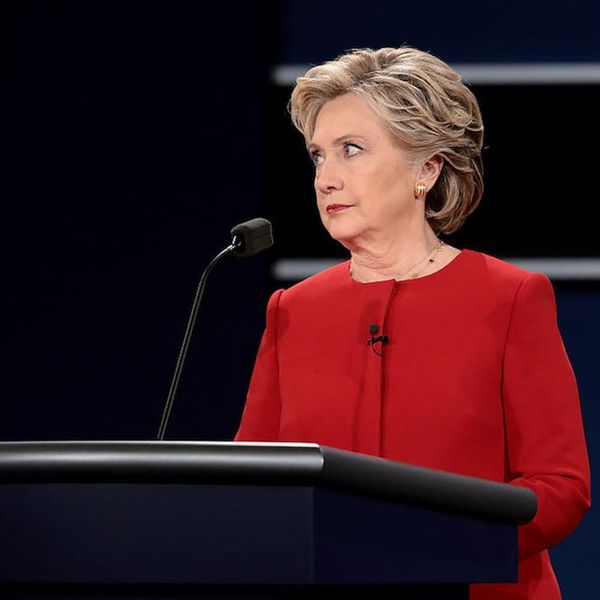 From an unforgettable Presidential Debate to yet more drama in the Kardashian household, check out six of today’s top news items below.

Hey Lester you a ref man! He not suppose to interrupt! Foul! Where the yellow flag blow a whistle!! pic.twitter.com/rxsPMyjLoe

1. Welp, the first Presidential debate happened. That’s about all we can muster right now. And if the “WTF?!” level of tweets coming from a bunch of your Hollywood faves are any indication, they’re probably still in a daze about it too. Leslie Jones and Patton Oswalt were calling out the moderator Lester Holt for not stopping Trump from interrupting Hillary, Chrissy Teigen had to drink the pain away, many including Sarah Silverman couldn’t believe Trump’s baby-like tantrums and Rashida Jones put it best with a simple “I need a long shower” at the end. Phew.

2. Naomi Watts and Liev Schreiber have split up after 11 years together. This one is a bit of a shocker. In a joint statement to People, the pair said that “Over the past few months we’ve come to the conclusion that the best way forward for us as a family is to separate as a couple. It is with great love, respect, and friendship in our hearts that we look forward to raising our children together and exploring this new phase of our relationship. While we appreciate your curiosity and support, we ask the press to be mindful of our children and respect their right to privacy.” (Photo via Pascal Le Segretain/Getty)

Didn't invite the Mother of my child to a baby shower you all were trying to throw for me ‼️? You all must have lost your damn minds ,,,🙋🏿

3. Whoa: There seems to be some MAJOR drama in the Kardashian family. Again. Last night, Rob tweeted out what seemed to be Kylie’s phone number (it’s now out of service) after the family apparently didn’t invite Blac Chyna to the baby shower they were throwing for Rob. “Didn’t invite the Mother of my child to a baby shower you all were trying to throw for me‼?” Rob said in a follow-up tweet to the phone number tweet. “You all must have lost your damn minds.” Yikes!

4. Harry Styles did three different magazine covers and they are PERFECT. In his shoot for Another Man, Harry channeled different looks and eras and pulled off every one of them flawlessly. We’re particularly fond of the above cover where he channels Mick Jagger perfectly.

5. Laurie Hernandez had the BEST trick for evoking passion in her DWTS routine. Her trick? “I was struggling to put in that emotion,” she told the cameras at rehearsal, “so I was like, ‘I gotta pretend like I’m smelling a really good quesadilla.'” Same, TBH.

6. Quote of the day: “We appreciate each other’s sense of humor, we respect one another and we get along.” Justin Theroux tells ET the simplest, best secret for a good marriage to Jennifer Aniston.

Do you think Justin and Jennifer have a good thing going? Let us know @BritandCo!