Kaitlyn Bristowe Is Not Here for Your Small Sunglasses 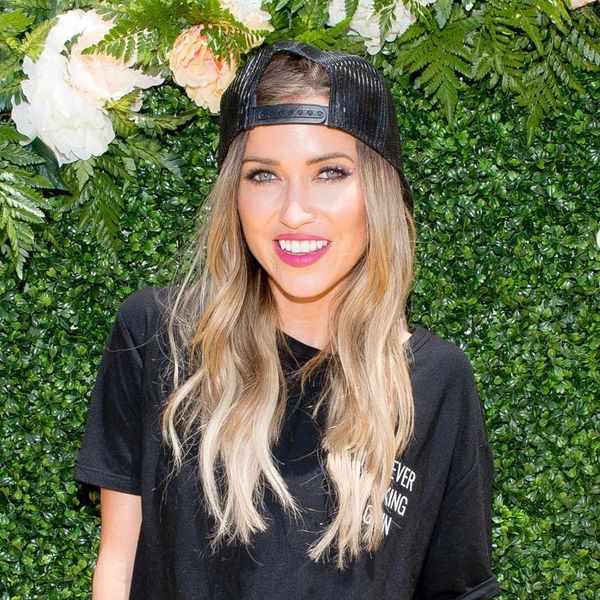 When it comes to throwback trends, there’s a lot we can get on board with. Pinstripes? Hell yeah. ‘80s vinyl? Bring it on. But sometimes certain en vogue styles leave you scratching your head. While celebs tend to be a little riskier than most with their fashion choices (Millie Bobby Brown just totally OWNED those crazy clear knee Topshop jeans, for instance), even they have their limits. For Kaitlyn Bristowe, it’s small sunglasses.

Itsy bitsy eyewear has been having a major fashion moment as of late, but the Bachelorette alum, 31, says she just can’t. “I’m hating the tiny sunglasses,” she divulged to E!. “I don’t know what’s going on with that. I’m just so not down.” Hey, it’s not for everyone!

Stars who are down with the teeny sunnies trend include Cara Delevingne, Gigi Hadid, and Kendall Jenner, who could be considered a harbinger of the trend. She was spotted wearing a pair of bitty frames sitting front row at Made in LA: The Creator show with brother-in-law Kanye West last year.

Rolling my eyes without anyone knowing is one of my favorite past times. Miaou Frames FTW. They're now part of my collection! If you want a pair of these bad boys for 30% off, go to the link in my bio and use code Kaitlyn30 at the check out. Take it or leave it! #HelpMeHelpYou 📸//@jasmine_archie

Instead of little shades, Bristowe prefers a large round Miaou style ($32) that also just so happens to be part of her seven-piece collection of sunglasses and prescription frames with EyeBuyDirect.

Do you agree with Kaitlyn’s stance on sunnies? Tell us over @BritandCo!

Nicole Briese
Nicole is the weekend editor for Brit + Co who loves bringing you all the latest buzz. When she's not busy typing away into the wee hours, you can usually find her canoodling with her fur babies, rooting around in a bookstore, or rocking out at a concert of some sort (Guns N' Roses forever!). Check out all her latest musings and past work at nicolebjean.com.
2017 Style Trends
Trends and Inspo
2017 Style Trends The Bachelorette
More From Trends and Inspo