This ’80s Fashion Trend for Spring Needs to Be in Your Closet, Stat 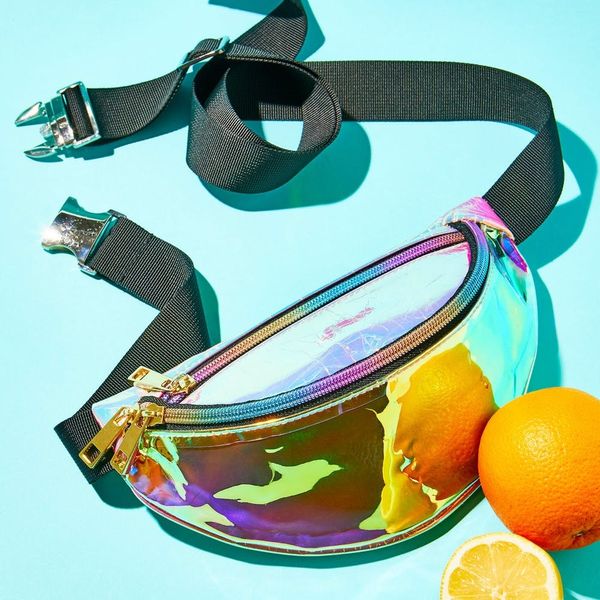 Listen up, trendsetting crowd. This next ‘80s-inspired micro-trend is Fierce with a capital F. The time has come to ditch whatever reservations you might’ve had about the unpredictable rock ‘n’ roll era and embrace slick patent leather like the true material girl that you are. Try a high-shine candy-hued rainy day slicker by day and a curve-enhancing bodycon dress by dusk for no shortage of traffic-stopping potential. Take a peek at how to wear patent leather — c’mon, you’re the teensiest bit intimidated, right? — and keep scrolling for 11 pieces that deserve a top spot in your “ready to slay” wardrobe.

Boogie down ’til the crack of dawn is right. You can count on standing out at least a mile away when rocking this futuristic silver bomber featuring a rainbow knit ribbed trim. Maybe you’re participating in a freedom march or perhaps you’re heading to the skating rink — the day is young.

Take your accessories game to new heights with this monstrously chic companion that has a mind of its own (just check out that one-eyed smirk). Enter “make ‘em stare” territory by styling this standout lavender purse alongside a color-block windbreaker and a denim pinafore dress.

Get ready to make it rain dolla dolla bills with this black vinyl topper that will conquer April showers in one swift move. And don’t stop there: Team this wardrobe workhorse alongside a vintage rocker tee and distressed jeans for instant groupie status

Glamorous All the Shine Sheer Bomber

Enter the unicorn of bomber jackets that will have you squealing. Besides the pretty purple iridescent hue (we die), it’s the subtle sparkle action and three-dimensional sheen that’s boss-babe tested and approved.

Rain, rain come again soon, so we can put this rainy day slicker to good use. Infinitely cooler than an unsightly poncho (eww), it’s guaranteed to banish a case of the outfit blahs. What rainy day blues?

Oh hey, trusty patent leggings that you’ll reach for without hesitation. Wear them as you would your traditional denim — give or take some added shock value — for around-the-clock appeal. Take a page from Gigi and co. by keeping things on the DL with a versatile bomber, a white tee, and some white trainers for instant street cred.

Yeezys or nah? These patent leather sneakers not only bring the swagger (those velcro straps), but they’re the missing puzzle piece to your ‘90s girl uniform.

Make a red haute entrance like “whoa” with this crimson bomber that’s not taking no for an answer. Consider yourself officially in the running for baddest girl-boss on the block — just add a free-wheelin’ jumpsuit and vampy steppers for a look that rules them all.

Can you say next-level squad #goals. Practically off the set of Bad Blood, this alternative vinyl backpack isn’t messing around one bit. Doc Martens, fishnet tights, and a slick leather biker skirt will have you ready to rage on.

Festival swag right this way. You best believe we’ll be sporting this holographic fanny pack to Coachella, Bonnaroo, and Electric Zoo. But in the meantime, make a beeline to the yoga studio (and then brunch) for a hip look that’s not bummin’ it in the least.

Ready to slay might as well be your middle name. Girl, you were born to take it to the streets with this black patent skirt that’s an advocate for pleasure before business. Cue the OTT ruffled blouse and chandelier earrings that will hold you down during a round of speed dating.
Anjerika Wilmer
Full-time grad student and all-around creative type, Anjerika leaves no avenue unexplored. Though a tried-and-true fashion girl, she counts art history, architecture and good design as constant sources of inspiration.  Most importantly, she's always in a Vienna state of mind.
2017 Style Trends
Trends and Inspo
2017 Style Trends leather