Senator Kamala Harris Is Ready for the Fight 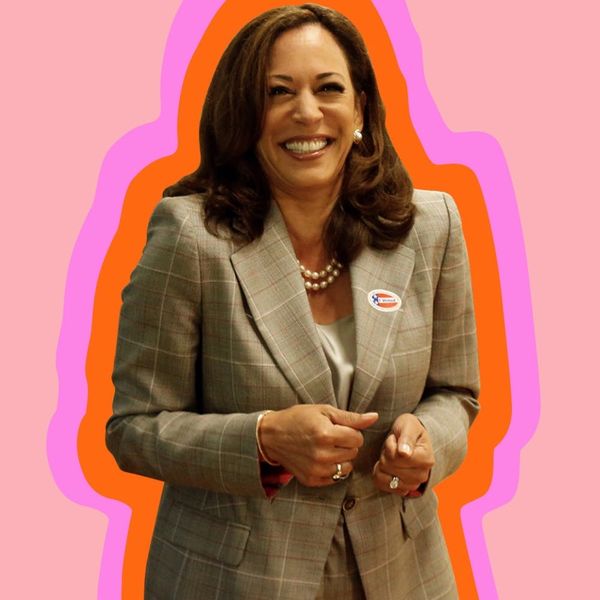 Senator Kamala Harris Is Ready for the Fight

California Senator Kamala Harris has long been a star on the rise in the Democratic party. Her 2016 win as California’s newest senator makes her the second African-American woman and first South Asian-American senator in history. She also is currently the only Black woman in the Senate.

But on the night of her win, Harris didn’t dwell on the historic nature of her new position. Her victory coincided with the shock of a presidential win her party didn’t see coming. So instead, the new senator used her platform that evening to recite a quote from Coretta Scott King:

“Freedom is a fragile thing and is never more than one generation away from extinction. It is not ours by inheritance; it must be fought for and defended constantly by each generation.”

In her own words, Harris added, “Do not despair. Do not be overwhelmed. Do not throw up our hands when it is time to roll up our sleeves to fight for who we are. And that’s what we’re about to do.”

“The women of the United States Senate will not be silenced when seeking the truth.”

Over the summer after her win, fight she did. She caught the nation’s attention during a Senate floor hearing with Attorney General Jeff Sessions. Harris played hardball with Sessions, cutting him off when he diverted from the original question and pressed him when she received a runaround response.

At one point, Sessions told her that being rushed “makes him nervous.” But Harris needed answers, not excuses. It wasn’t until Rep. Senator John McCain spoke over Harris to defend Sessions that the female senator was asked to let up.

Later that day, former Trump campaign adviser Jason Miller went on CNN and called Harris’ actions during the testimony “hysterical.” With those words, a national debate waged and a media frenzy ensued. The LA Times’ report on the exchange was headlined, “When Kamala Harris and women everywhere do their job well, they get called ‘hysterical.’”

Senator Warren tweeted her support, saying,”Silencing @SenKamalaHarris for not being ‘courteous’ enough is just unbelievable. Keep fighting, Kamala!” Warren ended the message with “#neverthelessshepersisted.” Dem. Senator Rob Wyden also chimed in. “Again, @SenKamalaHarris was doing her job,” he wrote. “She was interrupted for asking tough questions. I was not interrupted.”

Harris kept her response to the controversy concise, tweeting, “The women of the United States Senate will not be silenced when seeking the truth.”

This wasn’t Harris’ first time making headlines for blazing trails. During her time as California’s attorney general, she forced big-name banks to pay $25 billion in mortgage relief to homeowners. In 2008, she refused to defend Proposition 8, a ballot measure approved by California voters that banned gay marriage. And in 2016, she launched “Back on Track,” a program that offers low-level drug trafficking defendants job training and other life skills education as an alternative to jail.

The daughter of a prominent breast cancer researcher from India and an economics professor from Jamaica who met as civil rights activists, Harris grew up with a “stroller-eye view of the Civil Rights movement.” For her, fighting injustice isn’t just a campaign promise, but her life’s mission.

Though the transition from courtroom to Congress hasn’t always been seamless, Harris has the undeniable charisma and charm of a leader. Her toothy grin and conversational demeanor may remind some of a certain 44th president who once described Harris as “brilliant, dedicated, and tough.”

Like Obama, she exudes an air of warmth and authenticity in her interactions with supporters. In one particularly heartfelt exchange caught on camera, Harris stops before entering a building to talk to a five-year-old fan. She bends down, holds the little girl’s hand, and tells her she’s a leader.

It’s not surprising that Harris’ defiant character and go-getter attitude are already starting to stir up rumors for a 2020 presidential race. Harris has yet to comment on whether she will run, but that hasn’t stopped dozens of media outlets from speculating what would happen if she does.

There’s a lot to get done before 2020 rolls around though, and if there’s one thing that Harris has proved, it’s that she’s not one for biding time. If next year has as much in store for Harris as 2017 did, you can bet you’ll be seeing a lot more of DC’s most “hysterical” woman.

Cortney Clift
Cortney is the senior writer and special projects editor at Brit + Co. She typically covers topics related to women's issues, politics, and lifestyle. When she's not buried behind her computer you'll find her exploring New York City or planning her next big adventure.
Premier
Empowerment
Premier Year in Women
More From Empowerment