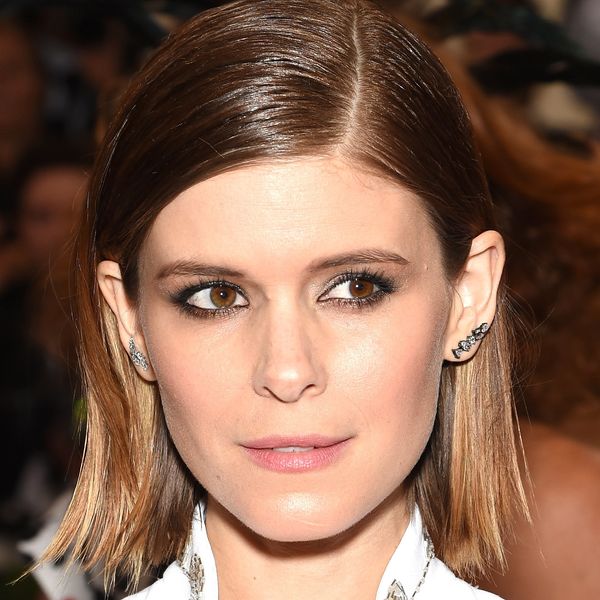 The predominant hairstyle of spring was undoubtedly the simple, choppy lob. But as the temperature begins to rise, it’s looking like hair length is rising right along with it. Last week we introduced you to Lily Collin’s now even shorter pixie, during award show season Scarlett Johanson rocked an edgy short ‘do and now Kate Mara has just joined the pixie cut club.

The 32-year-old actress (who was previously rocking a blunt bob) debuted the new look yesterday at an LA event celebrating women in film. Mara has proven herself to be a bit of a hair chameleon over the years but the shorter style seems to totally suit her. With long bangs and shorter layers throughout, the cut is actually super similar to Lily Collins’ recent chop. While Collins showed us just how sleek the cut can look when styled straight, Mara is making a real case for rocking the look with a bit of bedhead.

We’re getting the feeling that this is the start of a pixie cut filled summer – and we’re not complaining one bit. If you’re thinking about chopping it all off, but aren’t sure the style will suit you, try our short hair trick to make the tough decision a little less scary.

Have you ever rocked a pixie? Share your photos with us in the comments below.