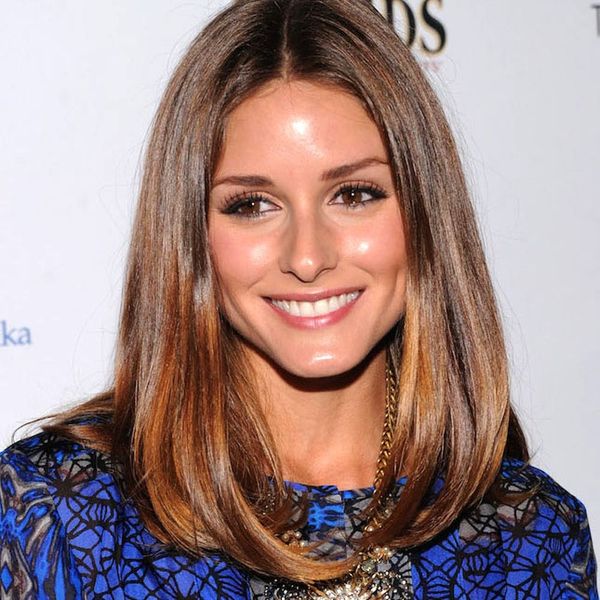 New year, new you, right? No, we’re not talking about those New Year’s fitness resolutions. We’re talking about your hair. Instead of heading to your hair stylist for a ho-hum trim, why not start the year off fresh with something totally different?

If you’re not quite ready for a pixie, don’t sweat it. The medium haircut has already been deemed the style to have this year. Hop on board the shoulder-length train and take one of these pics to the salon for your next chop.

1. Beachy Waves: Our favorite way to make medium hair look effortless and fun is with beachy waves. Many haircare brands sell products like the Bumble and Bumble Surf Spray that were created to help give you that salty texture and wave just like the ocean would. A couple spritzes of these sea salt sprays and ocean waves are all yours.

2. Braid-able: Many gals make the mistake of cutting their hair too short when they want a change and then they realize that they can’t achieve some hairstyles (ahem, the braid) the way the used to. When getting your locks chopped, make sure to let your stylist know if you want your hair to be long enough to pull back into a ponytail or braid.

3. Super Straight Cut: One of the most modern medium haircuts is the straight cut lob. With this cut, you’re not opting for much texture. It’s more about the angles and straight lines to make the look more polished and put together.

4. Grey Locks: Grey hair isn’t just for your grandma anymore, people! This shade is a bit hard to achieve as it takes a lot of toning and bleaching, but once you’re at your desired color, you’ll have everyone’s heads turning all for the right reasons.

5. Bedhead: Medium hair is probably the best length hair to have if you love bedhead. The idea of dousing your locks in dry shampoo and texturizing spray and maybe tossing in a few beachy waves is great for the gal on-the-go.

6. Classic Long Bob: Ah, the classic lob. This hairstyle is usually a bit longer in the front and shorter in the back and looks great with some messy texture. Add in a few caramel highlights and you’ll get that beachy California gal look instantly.

Hi guys, just a quick announcement: i will start posting pics of my followers on friday again, the rest of the week just regular pics 😊 || #mediumhairstyles #mediumhair #midlengthhair #hairstyle #haircut

7. Middle Part: So many gals used to hate the idea of the middle part because it took them back to their hairstyles from middle or high school, but this hairstyle is totally making a comeback (thanks to a certain Kardashian.. Ahem, Kim). To make this look more modern, make sure that you’re adding in some texture at your roots with a teasing comb or some volumizing spray.

8. Long Bangs: Copy Katy Perry’s shoulder length style by keeping layers minimal throughout the cut and opting for some long, face-framing bangs around the face. (via Katy Perry)

9. Baby Bob: T. Swift’s shorter ‘do has us totally forgetting about those long, luxurious locks of yesteryear. This length has popped up on everyone from Jennifer Lawrence to Beyoncé this year. It was big in 2014, but we’re guessing it’s about to explode in 2015. (via Jason Merritt/Getty)

10. Layered Bob: Curled, straight or wavy — this slightly angled bob looks good however you feel like styling it. (via Box No. 216)

11. Ultra Basic Baby Bob: A little more blunt than Taylor Swift’s hair, supermodel Abbey Lee Kershaw’s version of the bob is slightly sleeker, with clean-cut, straight bangs. To keep this look from feeling a little too American Girl Doll-like, tousle it up a bit and secure with hair spray. (via Pascal Le Segretain/Getty)

12. Long and Layered: This style from Emma Watson dates all the way back to 2009, but it looks just as good now as it did then. If you’re looking for a longer style, or working on growing your hair out, this layered look isgreat way to get through that in-between phase. (via Stephen Lovekin/Getty)

13. Shoulder-Length Chop: Jessica Simpson jumped on the short hair bandwagon last month, debuting this adorable pic of her with a choppy cut. (via @jessicasimpson)

14. Classic Bob: Who could forget this chop? Lauren Conrad ditched her trademark long and wavy tresses for a dramatically shorter style. Looks like LC can join the club. (via @kristin_ess)

15. Long and Lean: We’re loving this simple cut that’s on the longer end of the medium-length spectrum. If the simplicity of this cut isn’t working on your face, spice it up a bit with some sweet side bangs like Emma Stone’s. (via Jamie McCarthy/Getty)

16. Blunt Bob: Blunt, easy and totally chic, this cut is a no brainer. Requiring minimal styling (it looks best when a little bed head is involved), a one-length bob is a perfect choice for winter – and summer, spring and fall. (via Jason Merritt/Getty)

17. Angled Lob: Similar to the blunt bob pictured above, fashion maven Olivia Palermo’s cut is a little bit longer and slightly more angled. If the previous option is just a little too basic for you, here’s how to get a similar feel with a little more styling. (via Jamie McCarthy/Getty)

18. Layered Locks: Take Emma Stone’s look and add even more to it with longer face-framing layers instead of side bangs and shorter layers throughout. (via Jason Kempin/Getty)

19. Center Parted and Shaggy: Grab some velvet marsala trousers and channel your inner ’70s gal with this shaggy, center-parted cut. Almost famous? No way, you’ll be an A-list superstar in this cut. (via Jason Merritt/Getty)

20. Va Va Volume: Keep things voluminous with a slight angle and only a few longer layers. To avoid looking like a mop head, add an extra long bang in front. (via @selenagomez)

21. Short and Sweet: Queen of the medium cut, Alexa Chung has sported several copy-worthy variations, but this newest look she recently debuted is one of our faves. A little cleaner than her classic, shaggy cut, it’s low maintenance and totally chic. (via Pascal Le Segretain/Getty)

22. Blunt Bangs: Consider this cut a hybrid of Taylor Swift’s new bob and Alexa Chung’s trademark shaggy bangs. Put the two together and you get this adorable combination. (via Ian Gavan/Getty)

23. Parting Party: If bangs aren’t your thing, make your simple shoulder cut stand out by adding in a dramatic part. (via Jason Merritt/Getty)

24. Medium Length Magic: This cut (very similar to one of Gwyneth Paltrow’s best ‘dos) is pretty blunt, but spiced up with some chin length layers and chunky front bangs. (via Jason Merritt/Getty)

25. Dark Drama: Mix the exaggerated part and shorter layered bob, and what do you get? Olivia Munn’s adorable ‘do. (via David Livingston/Getty)

Are you thinking about chopping your locks in 2015? Which variation is your favorite?

Cortney Clift
Cortney is the senior writer and special projects editor at Brit + Co. She typically covers topics related to women's issues, politics, and lifestyle. When she's not buried behind her computer you'll find her exploring New York City or planning her next big adventure.
Haircuts
Hair
Haircuts Lob Hairstyle