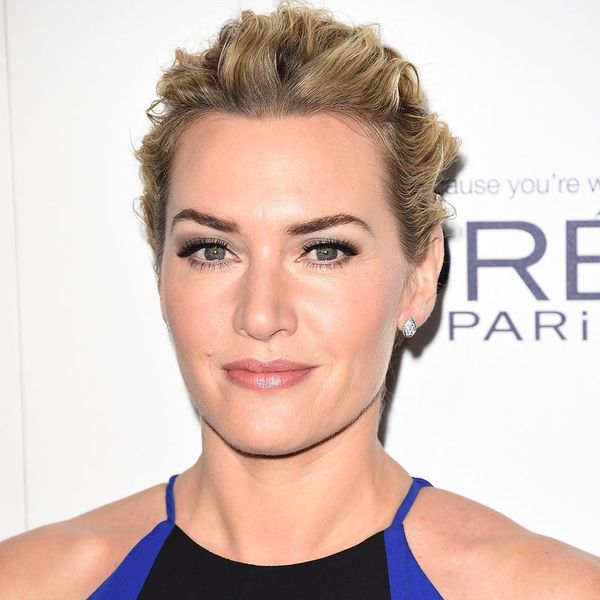 Kate Winslet is the girl you grew up wanting to be (seriously, who hasn’t reenacted several Titanic/Jack and Kate scenes in their day?) and is now the woman you can still call a role model. The Academy Award-winning actress has recently taken a stance against social media in the home and, while you may not want to give up your ‘gram just yet, her reason is one that will at least make you think about its impact. In an interview with The Sunday Times, the 40-year old actress and celebrity mom said her three children are not allowed to use social media in their house because of its impact on women’s self-esteem.

According to the Steve Jobs star, she believes social media has a “huge impact on young women’s self-esteem, because all they ever do is design themselves for people to like them.” She also adds that what can “come along with that” are eating disorders. This is why she tries to keep her 15-year-old daughter Mia, 11-year-old son Joe and 22-month-old son Bear (okay, not too difficult for that last little one ;) from using social media in the home.

Always outspoken about her thoughts on the perceptions of women’s bodies, the British actress doesn’t just talk the talk — she truly practices what she preaches. Winslet recently made news when she made it a part of her contract that her ads for Lancôme cannot be retouched because she believes retouching the photos would be irresponsible towards younger generations of women.

What are your thoughts on the relation between social media and body positivity? Tell us in the comments!

Leah Gonzalez Angue
Leah is a freelance writer, coffee drinker, and stay-at-home momma to two rambunctious puppies. She enjoys writing about tech, design, health, creativity, arts and culture. When she's not playing ultimate with her hubby, she posts about fantasy and sci-fi books and fun graphic tees on her blog www.whiteskyproject.com.
Body Positive
Health
Body Positive
More From Health