Katy Perry Talking About Her First Kiss Is Hilariously Relatable 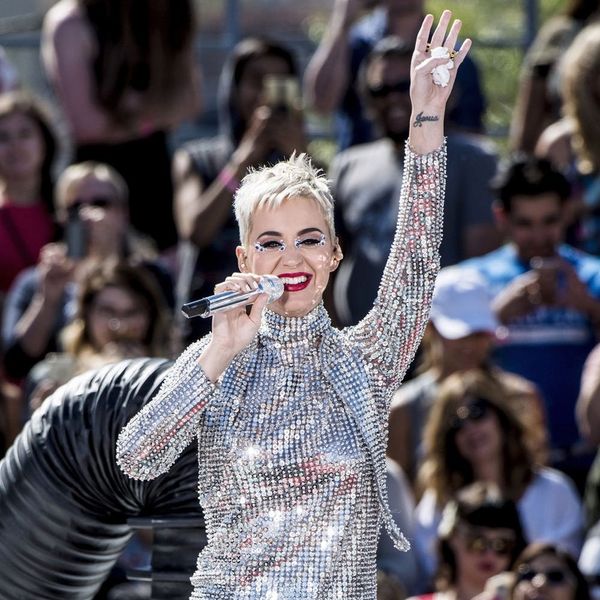 Long before Katy Perry locked lips with the likes of Orlando Bloom and John Mayer, she had to learn (just like everyone else) where the noses go. The pop star opened up about her first kiss in a new interview, and honestly, we relate.

After setting the scene in Big Bear, California, Perry told W Magazine that her first kiss started because of a little rule-breaking. “I was hanging out with this girl from church who had a bit of a reputation. She had a coed party, and I was not allowed to go to a coed party until eighth grade. But I went anyway,” she recalled.

It sounds like karma caught up with the Witness artist. “At the party, we played spin the bottle. It got to be my turn, and I spun the bottle, and, all of a sudden, I felt like there was a wet fish in my mouth. That was my first kiss,” she told the mag.

Perry does have a theory for this all-too-common smooching phenomenon. “When you’re in sixth grade, there’s no art to French kissing,” she continued. “There’s no cadence, no beautiful up and down, no waves. Instead, it just feels like your mouth is getting invaded by a slug.”

Well, you know what they say: Practice makes perfect!

Do you have a cute or funny first kiss story? Tell us @BritandCo!