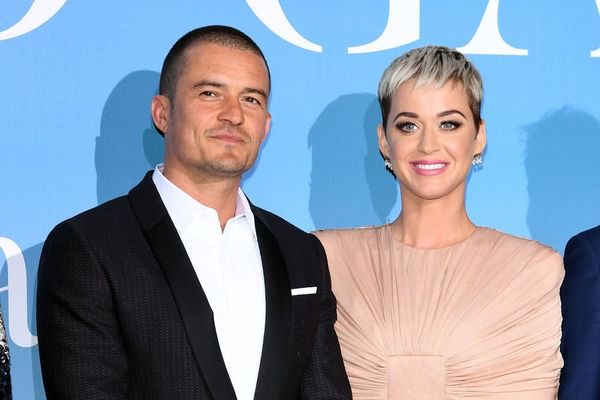 Kary Perry and Orlando Bloom recently revealed their engagement to the world, and now the American Idol judge is opening up about the sweet way Bloom popped the question — including all the little hiccups that happened in the process.

“It was Valentine’s Day … and we went to dinner,” Perry told Jimmy Kimmel on the Monday, February 25, episode of his show. “I thought we were going to go see some art after dinner, but instead we pulled up to a helicopter.”

“I’m glad I don’t have to go on that show now,” Perry joked in return.

The “Chained to the Rhythm” singer then described Bloom’s romantic — if slightly bumbling — proposal. “He had written down everything he wanted to say in a note, to divert [while he pulled out the ring],” she continued. “So I’m reading it, but I’m hearing the champagne is, like, broken, the bottle’s everywhere … and he’s pulling out this box that’s too big for his coat pocket. It rips his coat pocket, and his elbow goes into the champagne, and I’m like, I’m just reading the note.”

In the end, though, Perry said the whole thing worked out perfectly. “We landed on a rooftop [in Los Angeles] and my whole family was there, and all my friends,” she shared. “He did so well.”

The couple, who were first linked in January 2016 and split in February 2017 only to reunite by August of that year, coyly revealed their engagement on Instagram the day after Valentine’s Day.

“Full bloom,” Perry captioned a close-up pic of the couple that also featured her beautiful floral-inspired ring (which, she told Kimmel, she helped pick out). Bloom shared the same pic, captioning it, “Lifetimes.”

What did you think of Katy and Orlando’s engagement story? Let us know @BritandCo!