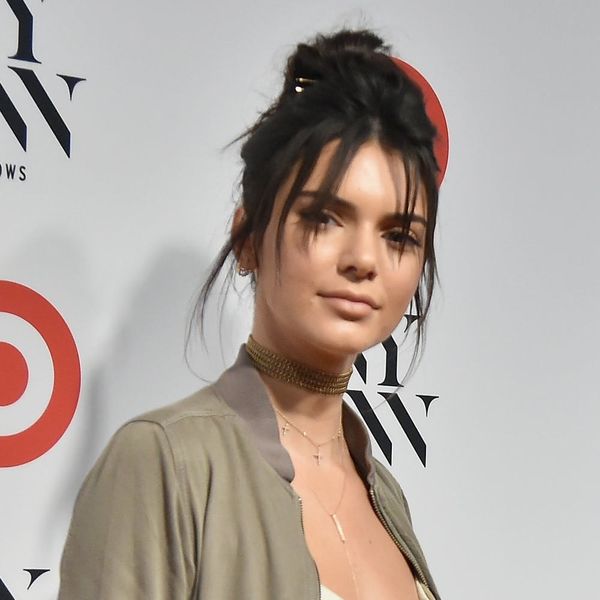 Kendall Jenner may have just celebrated landing the biggest Vogue cover of the year, but things aren’t all good for her these days — she’s got possible bad blood between her and BFF Gigi Hadid, among other sticky situations. Appearing on a total of five (5!) Vogue covers around the world this fall, one shoot in particular is rubbing dancers the wrong way.

In Spanish Vogue, Kendall did what she usually does: puts on the gorgeous clothes she’s told to, poses this way and that way, and gives the camera a few sultry looks and perhaps one smile. Job done. But this time, her outfit included point shoes and her poses where those of a dancer’s. She tried, but the true ballerinas weren’t having it. At all.

Some were cool with Kendall, just not Kendall doing ballet.

Ok Kendall Jenner you're perf but you standing in those point shows at the bar just pissed off every ballerina, myself included

Every ballerina in the world is cringing so hard over Kendall Jenner's Spanish Vogue shoot.

Kendall Jenner is hot and all but can she stop pretending to be a ballerina because… pic.twitter.com/wixQj2N3bi

Others wanted to know why they didn’t prep her.

I don't do ballet, but I can see why people would be pissed. My thing is, if you want Kendall, use her, just put her in a few classes lol. https://t.co/IPngdCFOI0

PPL are seriously going off about Kendall Jenner's Vouge pics of her in ballet slippers and not having the right form. GET A HOBBY PEOPLE!

These "pro dancers" are upset at Kendall Jenner's ballet video for Vogue lol. Yeah, let's be all offended for the sake of being offended.

Others were totally offended.

And some were calling it downright appropriation.

Anyone else not ok with Kendall Jenner appropriating Ballet in Spanish Vogue ??? Hmmmm #ballerina pic.twitter.com/OWKds9yHGf

Frankly, they wanted to know why a ballerina couldn’t have just been the one to, ya know, do the ballet for the photoshoot.

I'm no dancer but come on Vogue if you wanted to showcase the beauty of ballet, pick a professional not Kendall Jenner

Why did Kendall Jenner do a ballet photo shoot INSTEAD OF AN ACTUAL BALLERINA.

Vogue def messed up with Kendall Jenner as a ballerina. There are plenty who have worked their entire lives to be professional ballerinas.

If you want to have a ballerina model for Vogue, GET A REAL BALLERINA, not Kendall Jenner hanging onto the barre for dear life 😡

While others were just, well, terrified by the entire thing.

I studied ballet for 18 years and Kendall's "ballet" video was far scarier to me than Universal Halloween Horror Nights.

What do you think about Kendall Jenner’s Vogue ballet shoot? Tweet us @BritandCo!

Desiree O
Desirée O is a ‘Professional Bohemian’ who loves anything and everything related to the arts, entertainment, and pop culture. She ADORES being a ‘Newsy’ for Brit + Co, covering all of the latest tidbits of awesomeness that you want to read about. When she’s not writing, she’s either making messy art, going on long adventurous walks with her camera, or poking around over at bohemianizm (http://www.bohemianizm.com/). You can find out about Desirée O and her work at http://DesireeO.com/ or follow her on Twitter @DesireeO.
Kardashians
Pop Culture
Kardashians