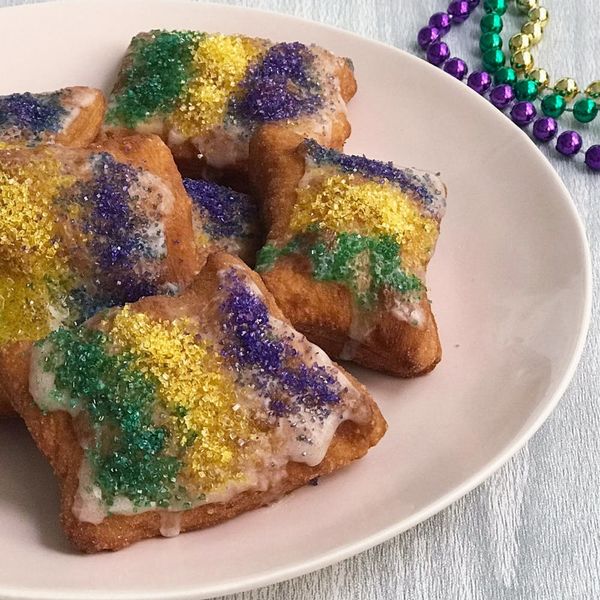 Bring the Mardi Gras celebration anywhere with the ultimate sweet dessert mash-up that pretty much sums up the best parts of New Orleans. Anyone who’s visited NOLA can attest to the fact that there’s nothing quite like a freshly fried beignet with a cup of coffee at Café du Monde in the French Quarter, but when it comes to the Carnival season there’s one dessert that reigns supreme — the king cake. So naturally we thought to ourselves, how can we combine the two? And thus we present the sweetest dessert you’ll want to eat on Fat Tuesday!

When you make these, be sure to tag us on Instagram so we can see your awesome creations.

Nicole Iizuka
Nicole Iizuka is a writer, producer, and director living in Los Angeles. While she has worked several jobs all over Hollywood, her love of food and travel keeps her constantly cooking up new, strange, exotic, and colorful recipes. You can follow her adventures on Instagram @nicolemiizuka or on www.itsborderlinegenius.com.
Breakfast Recipes
DIY Recipes
Breakfast Recipes Dessert Recipes DIY Party Ideas
The Conversation
Reviews:
More From DIY Recipes