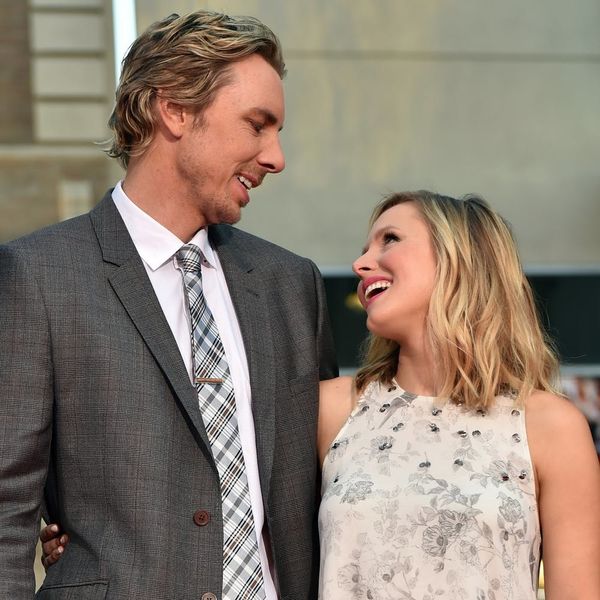 Kristen Bell and Dax Shepard share a lot of their personal lives with the world, and now the candid couple has revealed how it all began with a meet-cute story that is as adorable as it is suitably strange.

“He asked for gum, I said no, I didn’t have any, then I pulled [the gum] out [of my mouth] and said only this, then he took it,” Bell recently told ET.

Shepard pointed out to his wife that he was not, in fact, looking for the gum from her mouth, but he played along with her anyway. “I was like, ‘I’ll take half out of your mouth,'” he said. “And then I did.” From there, Shepard got Bell’s number from a mutual friend, and now the pair have been together for a decade.

Bell and Shepard have maintained an unconventional approach to their partnership. In 2013, Bell did the proposing, which in itself isn’t the least traditional part of it: She did it on Twitter, in celebration of the Supreme Court’s same-sex marriage ruling at the time.

As much as the couple share the cute parts of their lives, they’re equally open with the public about the struggles that come with a long-term partnership. Bell has said that the couple attend therapy together when needed, and when recently asked for marriage advice, she compassionately said, “Loving someone despite their faults, failings, or character defects is the most powerful loving thing you can do.”

What do you think of Kristen Bell and Dax Shepard’s meet-cute? Let us know @BritandCo.