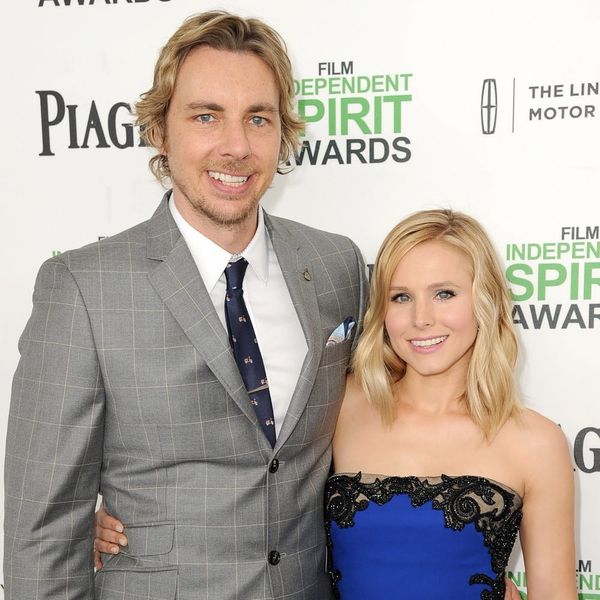 Kristen Bell and husband Dax Shepard are open about the joys, struggles, and lessons that come with their marriage, and in a new handwritten note, Bell shared some sage advice about what she called “the A-Z of what keeps my marriage with Dax healthy.”

“I was writing a note to friends who were getting hitched,” the Good Place star tweeted. “I wrote congratulations then thought, ‘Kristen! Aren’t u old & married? Don’t u have any wisdom to share?!'” What followed was a list of heartfelt advice that was as personal as it was universal.

“Vulnerability always begets connection and intimacy,” the note began. “Stay vulnerable with each other.” She also stressed the importance of fighting the fading spark. “In 10 years, when the dopamine has waned, remember: Life is a crazy ride. It’s a privilege to go through it with a partner.”

Bell further advised that couples should “take necessary separateness” and “rejoice in what makes the other person happy, and allow them their individual interests.”

She added, “Loving someone despite their faults, failings, or character defects is the most powerful loving thing you can do.”

I was writing a note 2 friends who were getting hitched. I wrote congratulations then thought "Kristen! Arent u old & married? Dont u have any wisdome to share?!" When i was done, I realized Id written the A-Z of what keeps my marriage w/@daxshepard1 healthy. #HappyValentinesDay pic.twitter.com/d0ew7hydUL

Bell and Shepard have been together for a decade (they got hitched in 2013 after she proposed to him on Twitter) and share two daughters. The Frozen star is the first one to say that marriage can be hard, admitting that, when needed, the couple attend therapy together. Ultimately, though, they’re committed to putting in the work.

“Know that everyone is doing the best they can with that they’ve got,” Bell compassionately concluded her note of advice. “So get a bigger emotional tool box to fix your problems.”

What relationship or marriage advice would you give to friends? Let us know @BritandCo!