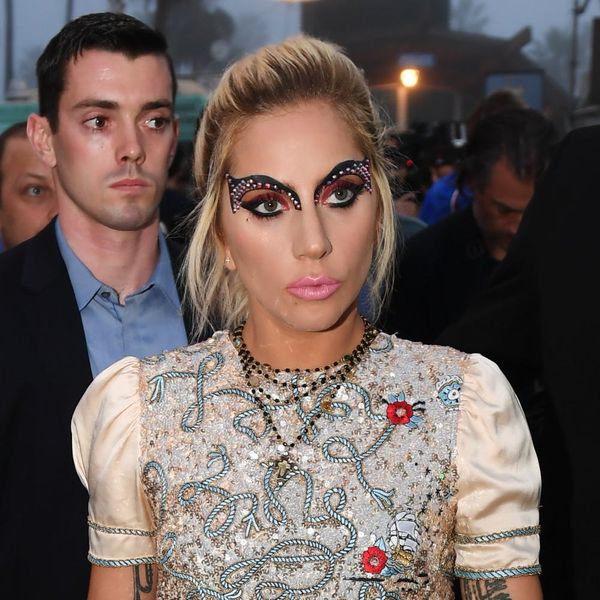 Things are certainly looking for up Lady Gaga. Not only was her Super Bowl halftime show beyond epic (and subtly political), but now the singer (who broke up with her fiancé Taylor Kinney after five years together) has found a new love, and they’re SUPER cute together.

E! has confirmed that Lady Gaga is dating talent agent Christian Carino. Along with being spotted getting kissy before her halftime show and posing for pics together, the pair also recently stepped out together for Tommy Hilfiger and Gigi Hadid’s Spring 2017 fashion show Wednesday night.

According to PEOPLE and US Weekly, Lady Gaga is dating with talent agent Christian Carino pic.twitter.com/s8qiOotlxx

The man who's been spotted with Lady Gaga in the last days is Christian Carino. pic.twitter.com/UQV1sna6zu

Though Christian Carino may be a new name and face to us, he’s well known in the biz, representing celebs like Justin Bieber, Christina Aguilera, Jennifer Lopez and Miley Cyrus.

Though his celeb-filled roster has possibly made him immune to being star-struck, it looks like he and Lady Gaga are already a little love-struck over each other.

What do you think about Lady Gaga and Christian Carino together? Tweet us @BritandCo!