11 Lady Gaga Quotes to Live By 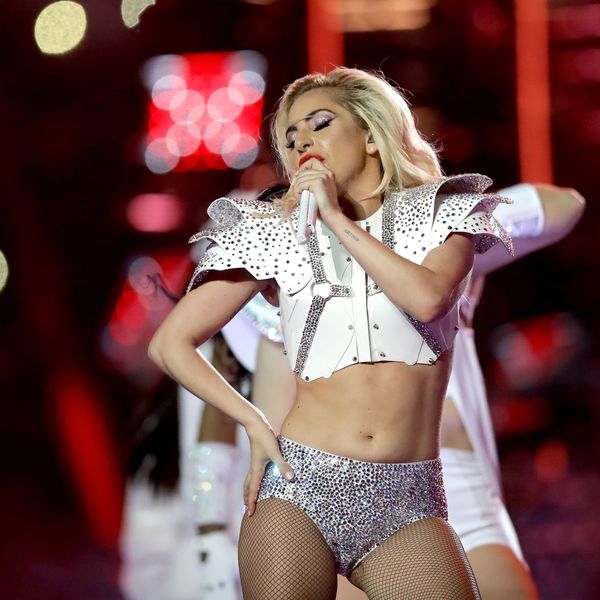 Lady Gaga has built an iconic career out of being herself and encouraging others to do the same. Since releasing her debut album The Fame in 2008, Gaga — AKA Stefani Germanotta — has been an inspiring figure in her fans' lives, constantly speaking her mind on love, individuality, life, and more. To celebrate her birthday on March 28, check out some of Mother Monster's wise words from over the years, and hold them close whenever you need a boost in confidence in yourself. (Photos via Vittorio Zunino Celotto/Getty Images + Patrick Smith/Getty Images + Ronald Martinez/Getty Images + Jeff Spicer/Getty Images for Warner Bros)

On having — and following — big dreams: "I believe that everyone can do what I'm doing," Gaga told New York Magazine. "Everyone can access the parts of themselves that are great. I'm just a girl from New York City who decided to do this, after all. Rule the world! What's life worth living if you don't rule it?" (Photo via Dia Dipasupil/Getty Images)

On not letting other people define her: "I don't care what people think about me," she told Fuse in 2009. "I care what they think about themselves." (Photo via Michael Kovac/Getty Images for NARAS)

On sexist double standards: "If I was a guy, and I was sitting here with a cigarette in my hand, grabbing my crotch, and talking about how I make music because I like fast cars and girls, you'd call me a rock star," she clapped back at a journalist's sexist question in 2015. "But when I do it in my music and in my videos, because I'm a female, because I make pop music, you're judgmental and you say that it is distracting. I'm just a rock star." (Photo via Ronald Martinez/Getty Images)

On having someone believe in you: "There can be 100 people in a room and 99 of them don't believe in you, but all it takes is one and it just changes your whole life," she said about the support she received from Bradley Cooper. Gaga went viral for overusing this quote while doing press for A Star Is Born, but the sentiment remains. The singer has always tried to be a source of encouragement for her fans. (Photo via Vittorio Zunino Celotto/Getty Images)

On being a feminist: "I am a feminist. I reject wholeheartedly the way we are taught to perceive women," she once told SHOWstudio. "The beauty of women, how a woman should act or behave. Women are strong and fragile. Women are beautiful and ugly. We are soft-spoken and loud, all at once. There is something mind-controlling about the way we're taught to view women. My work, both visually and musically, is a rejection of all those things. And most importantly a quest." (Photo via Patrick Smith/Getty Images)

On embracing failure and flaws: "I allow myself to fail, I allow myself to break," she told Beats 1 Radio's Zane Lowe. "I'm not afraid of my flaws." (Photo via Neilson Barnard/Getty Images)

On not changing yourself for others: "Do not allow people to dim your shine because they are blinded," she told Perez Hilton in 2010. "Tell them to put on some sunglasses, because we were born this way!" (Photo via Kevin Winter/Getty Images for NARAS)

On cutting toxic people out of your life: "My threshold for bullsh*t with men is… I don't have one anymore," Gaga said in the first few minutes of her 2017 Netflix documentary Gaga: Five Foot Two. "I just don't care. Maybe 'cause I'm 30 and I feel better than ever, you know? All my insecurities are gone, I don't feel insecure about who am I as a woman. I'm not embarrassed or ashamed of what I have." (Photo via Jamie McCarthy/Getty Images)

On owning your destiny: "It doesn't matter who you are, where you come from, or how much money you got in your pocket, because tonight and every other after night you could be whoever is that you want to be," she told her fans during her 2010 Monster Ball Tour. (Photo via Alberto E. Rodriguez/Getty Images for The Recording Academy)

On being resilient: "Fight and push harder for what you believe in, you'd be surprised, you are much stronger than you think," Gaga tweeted to her fans in 2010. (Photo via Jeff Spicer/Getty Images for Warner Bros)