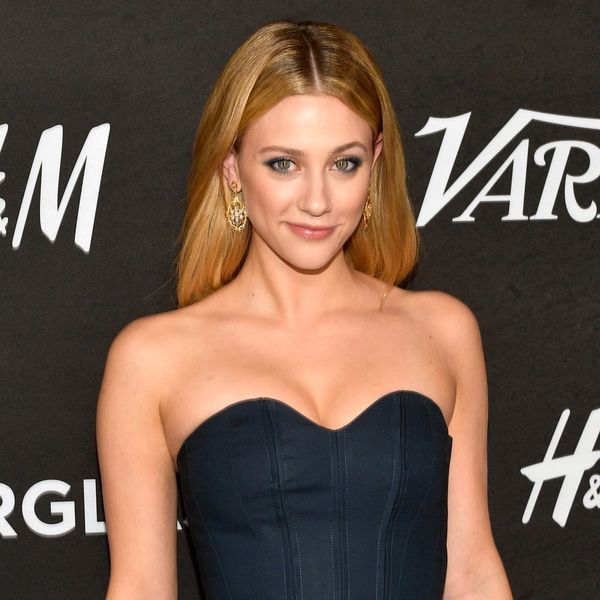 Riverdale star Lili Reinhart is consistently candid about her own struggles with anxiety, body image, and more. In part because of that, the actress received the H&M Conscious Award at Variety’s Power of Young Hollywood event on Tuesday, August 29. In her acceptance speech, she spoke to the importance of staying true to one’s self, even in the spotlight.

“As actors, musicians, and people with a platform, we are so often called upon to be good role models and to set a good example,” Reinhart said in her speech. “Our mistakes are often amplified, our choices are criticized, and our words are scrutinized. That notion scared me for the longest time, because I know I am not perfect, and I knew I was never going to live up to that perfect expectation. So, I wanted to present myself to the world without a filter, and that meant being honest about my own insecurities, my own shortcomings, and my own mistakes.”

The actress, who plays Betty Cooper on the CW’s hit teen drama, went on to thank her fans for giving her the courage to be open about her mental health and body dysmorphia, saying they helped her realize that they needed a voice.

“So few influencers were actually willing to talk about their flaws, and that’s an idea I wanted to challenge,” she said. “That’s when I realized how important it was to stay authentically myself: imperfect, but still powerful.”

The award was presented to Reinhart by her on-screen mom, Mädchen Amick, who praised the young actress as “one of the most beautiful, powerful, brave actresses that I’ve ever worked with in my career.”

The award’s sponsor, H&M, also makes a donation to a charity of the recipient’s choice. Reinhart chose the American Cancer Association in honor of her grandmother, who died from cancer.

What do you think of Lili’s speech and the award she received? Let us know @BritandCo!