“Riverdale” Star Lili Reinhart Opens Up About Her Battle With Anxiety 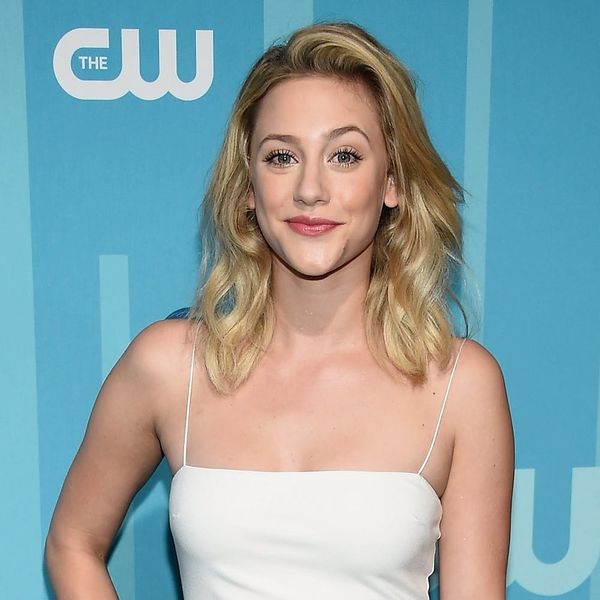 Many celebrities, including Kim Kardashian West, Emma Stone, and Ryan Reynolds, have been open about their struggles with anxiety. The latest on the list is Riverdale’s Lili Reinhart, who shared her own battle with the potentially debilitating disorder in a new interview, saying that at one point it felt like her “world was crashing.”

In an interview with W Magazine, the 20-year-old actress admitted that before landing the coveted role of Betty Cooper on the CW’s wildly popular Archie Comics show, she went through one of the most difficult stretches of her life.

She said that when she first landed in LA with dreams of stardom at 18, she got right to work auditioning — but she wasn’t getting any jobs. “I remember looking at my bank account and seeing all of this money that I had saved [from] acting over the course of many years just gone,” Reinhart told the mag, adding, “I had so much anxiety booking work, and I spent almost five months holed up in this bedroom in this house just feeling anxious, waiting for my next audition, and not doing anything else. It was the most miserable time of my life.”

And things didn’t get any better after Reinhart took a restaurant job to help pay her bills. When she couldn’t find the black button-up shirt and slip-less shoes she was required to buy, the stress set off a massive panic attack.

“I threw up in my Uber because, one, I was carsick, and two, I was having a panic attack,” Reinhart revealed. “I get home, lock the door in my room, immediately Skype my mom, and said, ‘Mom, I’m not okay.’ I had to get a brown paper bag and breathe into it, which felt so dramatic, but I really could not breathe. I felt like my world was crashing. I didn’t want to admit defeat, but I was like, ‘I need to come home. My mental health is suffering, and it is making me physically ill.'”

“The show took off in such a way that fame followed very quickly after, and it wasn’t really a smooth transition." #Riverdale's @LiliReinhart declares "I am not Betty Cooper," and speaks candidly about her struggles with anxiety (click the link in our bio to read more). Photo by @DRitch, styled by @caroline_grosso.

After going to stay with her parents, she began taking medication for her anxiety and sought help from her former therapist. However, there were some bumps on her road back to a healthy place. “I got my first audition for [Riverdale] during that period of my life when I was rebuilding myself, and in between meds,” she told W. “I went on a medicine that gave me the worst mood swings — I felt like a monster. My mom was like, ‘I can’t even be in the same room as you.'”

That’s why Reinhart wasn’t exactly shocked when she didn’t get the role initially. Luckily, she got a second chance after returning to LA.

#Riverdale has been renewed for Season 2! Stream the latest episodes on The CW App! Click the link in the bio.

Things started looking up even more after Reinhart watched the pilot, when the cast and crew were informed that the show had been given the green light to film the full first season. The actress told W Magazine that it was at that point that things really turned around. “I felt like, ‘We did it.’ All my money problems went away in that moment, and I just felt like a successful working actress. I was so excited to be working and to wake up and know that I had a job.”

We can’t wait to see Reinhart continue to do that job when the second season of Riverdale premieres October 11 at 8pm ET on The CW.

Are you surprised to hear about Lili Reinhart’s struggle with anxiety? Let us know @BritandCo.