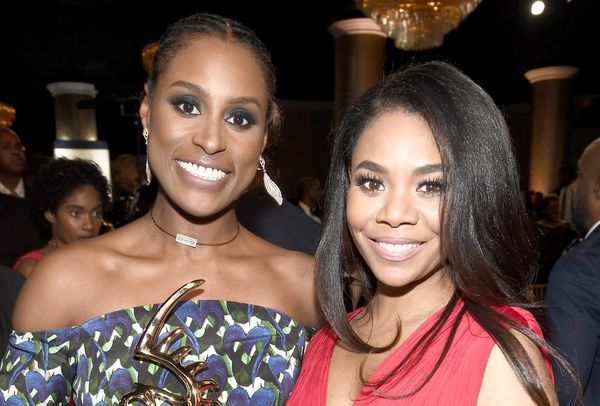 There are already dozens of movies we’re looking forward to seeing in 2019, and now we can include the hilarious new comedy “Little,” starring Issa Rae, Regina Hall, and Marsai Martin.

Taking a reverse-page from classic body-swap comedies like Big or Jennifer Garner’s 13 Going on 30, Little follows Jordan Sanders (Regina Hall), a high-powered (and high-intensity) executive who wakes up one morning to discover she’s back to her 13-year-old self (played by Black-ish‘s Marsai Martin).

Trapped in her teen identity, Jordan must cooperate with her overworked assistant April, played by Insecure‘s Issa Rae, to try to hide the secret and get back to her adult self.

Martin, who is 14 in real life, not only stars in the film, but also boasts an executive producer credit as well, making her the youngest person in history to hold the title on a major Hollywood film. According to The Root, Martin came up with the idea and brought it to Black-ish creator Kenya Barris when she was just 10 years old, after she watched and fell in love with the Tom Hanks-starring Big.

The film was directed by Tina Gordon and written by Gordon and Tracy Oliver, who penned the screenplay for the blockbuster hit Girls Trip with Black-ish‘s Barris.

Little arrives in theaters on April 12.

Are you excited to see Little? Let us know @BritandCo!