MAC Is Honoring Aaliyah With a Limited-Edition Makeup Collection 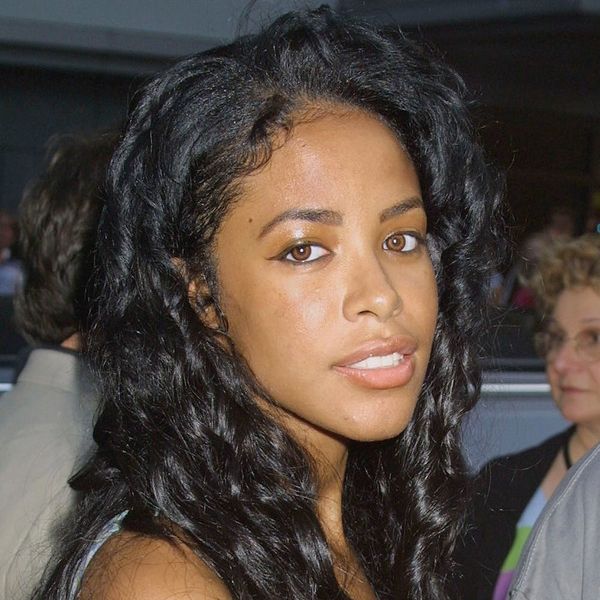 It’s been 16 years since singer Aaliyah Haughton passed away, but her memory lives on. Not only is the ’90s style icon’s signature cropped tops and baggy pants look inspiring a whole new generation of youth, but the R&B crooner lives on in her music. And now, there’s one more way to remember her: MAC Cosmetics is releasing a limited-edition collection in the star’s honor.

Aaliyah is truly one in a million — an unstoppable icon whose groundbreaking work in R&B music and film inspires us all. Today we join her countless fans in celebrating her with the announcement of the M·A·C Aaliyah collection. You made it happen! Stay tuned in 2018. #AaliyahforMAC @aaliyah_haughton_official

Similar to the posthumous line they released in honor of late singer Selena Quintanilla, the company announced its decision to its Instagram page. In a video teasing the collection, they wrote: “Aaliyah is truly ‘One in a Million’ — an unstoppable icon whose groundbreaking work in R&B music and film inspires us all. Today, we join her countless fans in celebrating her with the announcement of the MAC Aaliyah collection.”

The news comes two years after fans originally began lobbying for the collab, launching a Change.org petition that called for the songstress’s favorite beauty brand to honor her memory with her own namesake line. “We want her legacy to be continued and be reintroduced with a collection through MAC Cosmetics,” the petition read.

Supported by Aaliyah’s own brother, Rashad Haughton, it went on to list a few of the late icon’s favorite MAC products, like the Chelsea Lipstick, Cherish Satin Lipstick ($26), Chestnut Lip Pencil ($25), and Espresso Shadow ($15) and Biscuit Shadow. The petition garnered close to 27,000 signatures, and clearly, their pleas did not fall on deaf ears. “You made it happen!” the brand wrote in its announcement post.

While very few details surrounding the collection are known, fans have requested “eyeshadows, lipsticks, lipliners, lip glosses, contour and highlight, beauty powder, false eyelashes, and eyebrow pencils” that represent the beloved star. A couple of Haughton’s fave shades are now-discontinued, (but some are still in rotation!), so perhaps they’ll be bringing back those for a limited time only? The line is set to launch in summer 2018.

Will you be buying Aaliyah’s MAC collection? Tell us over @BritandCo.

(Photos via MAC and George DeSota/Getty)

Nicole Briese
Nicole is the weekend editor for Brit + Co who loves bringing you all the latest buzz. When she's not busy typing away into the wee hours, you can usually find her canoodling with her fur babies, rooting around in a bookstore, or rocking out at a concert of some sort (Guns N' Roses forever!). Check out all her latest musings and past work at nicolebjean.com.
Beauty Products
Beauty News
Beauty Products MAC
More From Beauty News