Meghan Markle Breaks Her Silence on Her Relationship With Prince Harry: “We’re in Love” 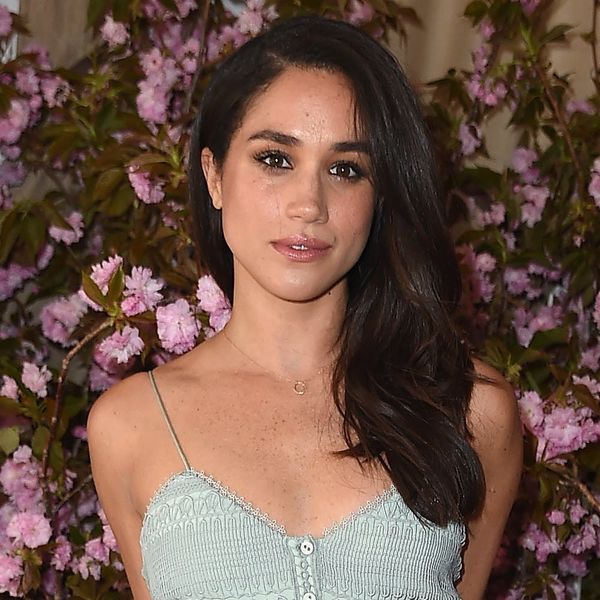 Prince Harry and Suits actor Meghan Markle have tried very hard to keep their year-long relationship private. Harry once released a statement defending his girlfriend from the media, but both he and Markle have shied away from talking about the romance since then. Now, in a new interview with Vanity Fair, Markle is opening up for the first time about the ups and downs of their royal romance.

In Vanity Fair's October cover story, @MeghanMarkle opens up about living in the spotlight, starring on @Suits_USA, and her whirlwind royal romance: "I think it’s really simple. We're two people who are really happy and in love." Photograph by @therealpeterlindbergh.

“It has its challenges, and it comes in waves — some days it can feel more challenging than others,” she told the mag of dealing with the constant attention. Markle said that she and Harry, after meeting through mutual friends in summer 2016, dated quietly for about six months before the media caught on. Luckily, with the support of her friends, family, and Harry, she was able to stay grounded when their relationship inevitably went public.

“Right out of the gate it was surprising the way things changed,” she shared. “But I still have this support system all around me, and, of course, my boyfriend’s support.”

Markle added that ultimately, her relationship with Harry comes down to one very important thing. “I can tell you that at the end of the day I think it’s really simple. We’re two people who are really happy and in love,” she told VF, noting that she is the same person she’s always been and has never defined herself by her relationships.

“We’re a couple,” she continued. “We’re in love. I’m sure there will be a time when we will have to come forward and present ourselves and have stories to tell, but I hope what people will understand is that this is our time. This is for us. It’s part of what makes it so special, that it’s just ours. But we’re happy. Personally, I love a great love story.”

Um, so do we, girl — especially this one.

Do you think Meghan and Harry make a cute couple? Let us know @BritandCo!