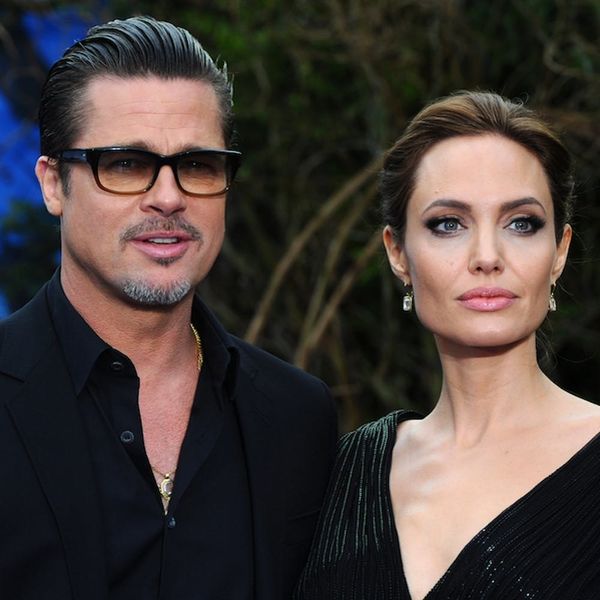 Give yourselves a pat on the back, y’all — you made it to election day! You’re def gonna need some distractions from the stress of it all, so check out stories about Angelina and Brad and Prince Harry and his now-confirmed gf in today’s top news items below.

1. All six of Angelina and Brad’s children will remain in Angelina’s custody per their new agreement, but they will continue “therapeutic” visits with Brad. “This has been determined by childcare professionals to be in the children’s best interest,” Angelina’s rep told E!. A source tells ET that this is a plan the two have agreed upon by speaking to each other, and is not the permanent custody arrangement. “This is what Brad and Angelina have decided between each other for the children,” the source said. “The agreement is also indefinite, so there is no time frame to it; it is in place until they decide to make a change.”

2. Prince Harry confirms he is dating Meghan Markle by releasing a statement slamming the “sexism and racism” she has experienced. Released by his communications secretary today, the statement first addresses Harry’s life-long relationship with the media and the public’s interest in his private life, which he doesn’t love but has learned to tolerate. “But the past week has seen a line crossed,” it continues. “His girlfriend, Meghan Markle, has been subject to a wave of abuse and harassment…The racial undertones of comment pieces; and the outright sexism and racism of social media trolls and web article comments…Prince Harry is worried about Ms. Markle’s safety and is deeply disappointed that he has not been able to protect her.” The pair have been dating for just a couple of months, and things are reportedly moving fast, though Harry says she should not be “subjected to such a storm.” (Photo via Richard Stonehouse/Getty)

3. Lorde’s 20th birthday party was a full-on #squad soiree and we wish we were there. It’s hard to believe Lorde came into our musical lives when she was just 16, and now she’s turning 20. *Sniff* To accompany an amazingly emotional FB post about growing up and how that has influenced her upcoming new album, she also posted a whack of photos from her birthday jam, and it looked like a magical NYC time. “Had the best birthday party I’ve ever had tonight surrounded by my NYC family,” she captioned one picture of Tay and Karlie Kloss giving her smooches on the cheeks. “All organised by Tay who is as she says, ‘a mom with no kids.’ I am ur kid and u love me so hard I could burst. Here’s to our 3 magic years of best friendship and more moments like this squished between angels.” NO YOU’RE CRYING.

4. Chance the Rapper turned a concert into a parade leading thousands of young people to an early voting site. Last night, Chance performed a Get Out the Vote concert in his hometown Chicago, and after it was over, he led the crowd of thousands to go cast their votes. “I voted,” Chance said in a tweet after they made it downtown, with the hashtag #paradetothepolls. Brilliant.

5. There was a real-life snake on a plane and people were FREAKING OUT. I mean, can’t blame them, this is totally creepy! On a flight from Torreon to Mexico City, a snake appeared between the overhead compartments and the wall of the plane, before it fell to the floor. Are you screaming yet? Passengers were able to catch it by throwing blankets from the flight attendant on it. Annnnnd we’re dead.

6. Quote of the day: “We deserve a leader who sees our diversity not as a threat, but as a blessing.” Michelle Obama once again brings down the house during her final campaign appearance for Hillary Clinton.

How are you handling your election nerves today? Let us know @BritandCo!