Morning Buzz! A Lawsuit Could Be Brewing Between the Kardashians and Blac Chyna Over That Famous Last Name + More 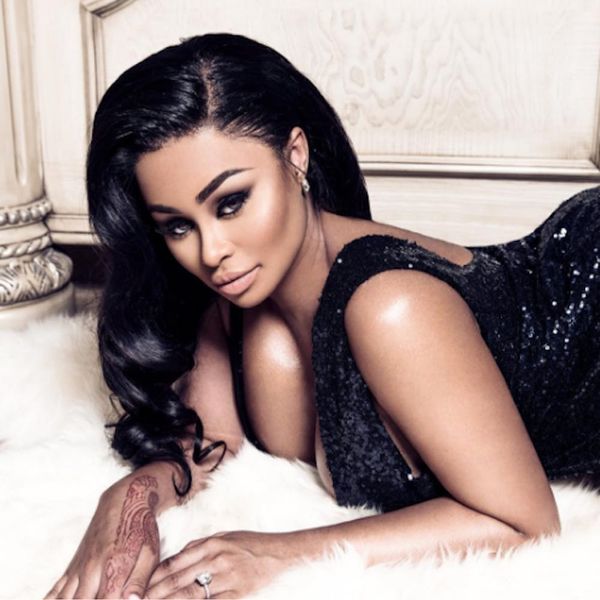 From more Kardashian family drama to the weirdest lawsuit ever, check out six of this morning’s top news items below.

1. Blac Chyna has filed to trademark her eventual married name, Angela Renee Kardashian, but Kourtney, Kim, and Khloe’s respective companies have shut it down. If the United States Patent and Trademark Office granted Chyna the trademark, “Angela Renee Kardashian” would be solely hers to use for all business going forward. According to documents obtained by ET, the Kardashians rejected it on the basis that the Kardashians’ companies would “suffer damage, including irreparable injury, to their reputation and goodwill.” Chyna hasn’t publicly responded, but we’re sure there’s some tension at home. We gotta be honest — that’s a huge brand the Kardashians have built, and we’d be protective of it too.

No one will ever be as good as Zac Efron as Link Larkin. #HairsprayLive pic.twitter.com/BXgdlHBE0j

2. People really seemed to dig Hairspray Live except for this one major detail. The fact that Zac Efron wasn’t in it. Poor Garrett Clayton, who played Link Larkin in NBC’s live special, did a fantastic job, but just couldn’t make the Zac fans happy. Zac of course played Link in the 2007 version of the musical, and no one on Twitter last night would EVER LET YOU FORGET THAT.

3. So, Sofia Vergara is being sued by her own embryos? And they’re listed as “Emma” and “Isabella” as plaintiffs? K. The future is wild, y’all. Sofia and her ex-fiancé Nick Loeb created the embryos for a potential future pregnancy when they were still together in 2013, and he’s been suing for “custody” of them since they broke up — something she doesn’t want, of course. But now a “right-to-live” lawsuit was filed on behalf of the fertilized eggs against Sofia, accusing her of “refusing to allow her daughters Emma and Isabella to continue their development, so they remain frozen in a tank.” Oh boy. (h/t Page Six, photo via Jason Merritt/Getty)

4. Brad Pitt and Angelina Jolie’s divorce drama is FAR from over. For a minute there, it seemed like Brad and Angelina might cruise past the initial shock and anger of their divorce into what was best for the kids, and they voluntarily created a temporary custody agreement. Then it was revealed that Angelina was making some strange legal moves, filing the paperwork and making it public. And now, Brad’s request to seal these documents to keep them out of the public eye has been denied. Seems like this is far from over. (Photo via Anthony Harvey/Getty)

5. Here’s a nice shot of nostalgia for you. Disney’s DuckTales revival has a trailer! Seems like Scrooge, Huey, Dewey and Louie are up to their same shenanigans! The series will premiere on Disney XD in summer 2017.

6. Quote of the day: “I really want to still pay most of the attention to my job as a craft, and not lose the art in it and the relationships that are meaningful to me not because of the money or the contracts but because of how I inspired designers and how they inspire me. I want to go back to focusing on that kind of relationship within fashion when I go to work for the next month.” Gigi Hadid tells People that while she’s grateful for what social media has given to her career, she’s looking forward to her planned (Kendall Jenner-inspired?) hiatus.

Do you ever take digital detoxes? Let us know over @BritandCo.