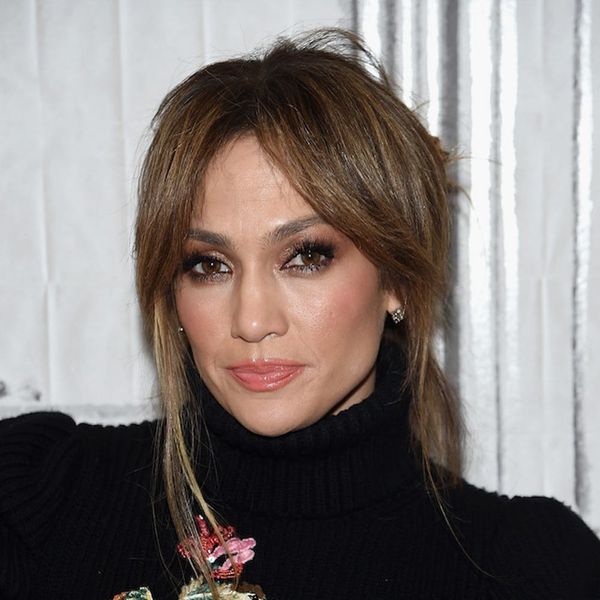 A new romance for JLo and a new baby for Xosha Roquemore lead this morning’s top news stories. Check those and more out below in the Morning Buzz!

1. JLo and A-Rod are already perfect for each other based on their abbreviated nicknames, so why not make it official? A source confirmed to People that the singer and the recently retired New York Yankees player have been dating for a few weeks, and while she’s aware “that he is a ladies’ man,” she “is being cautious. For now, it’s just fun.” May we suggest J-Rod as the couple name should things get serious? (Photo via Jamie McCarthy/Getty)

I am WOMBMAN. #internationalwomensday ❤🌹👹🖤

2. Mindy Project star Xosha Roquemore had the PERFECT Women’s Day baby bump photo. Roquemore and Atlanta and Get Out star Lakeith Stanfield previously revealed their happy news with a baby bump on the red carpet at Sundance, but this is the first time Roquemore has made her own announcement. She shared a trio of adorably belly pics, with the caption “I am WOMBMAN. #internationalwomensday,” which, come on, just perfect. Congrats to the happy couple!

3. Harry Potter actor Jim Tavaré has suffered multiple injuries and is in ICU after a bad car accident. Tavaré, who Harry Potter fans will know as Tom, the owner of the Leaky Cauldron, was in a head-on collision and is in serious condition. “He has 15 broken ribs, fractures in both breastbones, a punctured lung, multiple breaks in his right leg, and a broken neck,” his wife wrote on his Facebook page, along with a photo of Tavaré looking extremely banged up but giving the thumbs up nonetheless. “This is for real, not a movie role. Please hold some good thoughts for him as he fights his way out of this.” All the best for a speedy recovery! (Photo via Jim Tavaré/Facebook)

Count on me being fine FOREVER. Thank you @people for the first look at my 📚#thisjustmyface 💄+💇🏿 : @audreythefairy 👗+👠 : @themarcyminute

4. Empire star Gabourey Sidibe speaks out on her weight loss surgery for the first time. As Sidibe gears up to release her memoir This Is Just My Face: Try Not to Stare on May 1, she’s speaking for the first time about the secret weight loss surgery she had done last year, which is detailed in the book. “My surgeon said they’d cut my stomach in half,” she writes, as excerpted in People. “My lifelong relationship with food had to change…The surgery wasn’t the easy way out. I wasn’t cheating by getting it done. I wouldn’t have been able to lose as much as I’ve lost without it.” Sidibe says the primary reason for getting the surgery was concerns over her Type 2 diabetes, and since the surgery, she works with a nutritionist and a trainer.

5. Nicole Kidman blames her massive and expensive jewelry for her awkward Oscars clap. How much jewelry? About 119 carats worth, actually. “It was really awkward,” she told an Australian morning radio show. “I was like, ‘I wanna clap, I don’t wanna not be clapping.’ That’d be worse, right? Like, ‘Why isn’t Nicole clapping?’ So therefore I’m clapping but it was really difficult because I had a huge ring on that was not mine, but it was absolutely gorgeous, and I was terrified of damaging it.” Yes same, definitely, our giant diamonds always getting in the way!

6. Quote of the day: “Maternity leave, or any workplace policy based on gender, can — at this moment in history — only ever be a gilded cage. Though it was created to make life easier for women, we now know it creates a perception of women as being inconvenient to the workplace. We now know it chains men to an emotionally limited path. And it cannot serve the reality of a world in which there is more than one type of family. Because in the modern world, some families have two daddies. How exactly does maternity leave serve them?” Anne Hathaway honored International Women’s Day with a moving speech on paid parental leave at the UN.

Have you ever had to take unpaid parental leave? Let us know about it over @BritandCo.