11 New Adult Books to Check Out This September 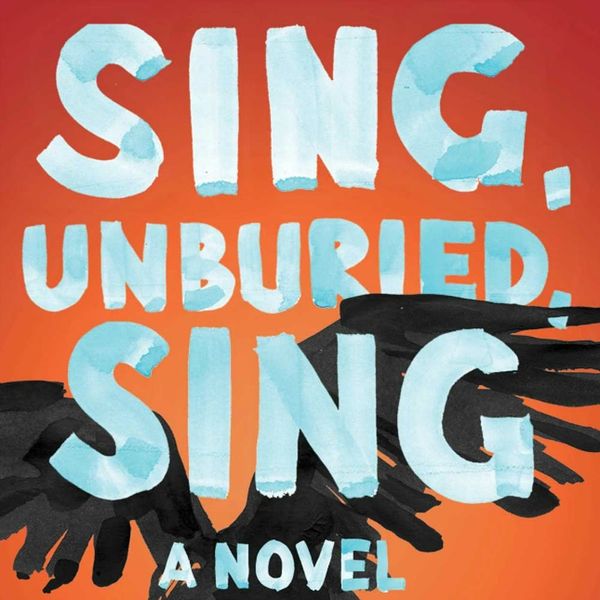 While a part of us is still longing for one extra beach-filled weekend, we're definitely ready to bundle up in oversized sweaters and buy a ton of random products just because they smell like pumpkin. So to help us truly embrace the magic of fall, here are 11 must-read new titles coming out this September to stockpile for your next cozy autumn book binge.
What Happened by Hillary Rodham Clinton ($30): There's a reason why former presidential candidate Hillary Clinton's new book is the buzz of the literary world. In this brand new memoir, she opens up about her personal journey to becoming the first woman nominated for president by a major party, what it was really like to run against Donald Trump, and how in the midst of devastation and shock, she managed to pick herself back up and keep fighting.
Sleeping Beauties by Stephen King and Owen King ($33): After being first in line to see Stephen King's spooky new film adaptation of It, we're quenching our craving for even more of King's signature creepiness with this brand new novel, which takes place in a world where men are left to run the world alone. All the women except one, Eve Black, are either asleep or wandering feral and violent in this dystopian (and quite timely) father-son collaboration.
Sing, Unburied, Sing by Jesmyn Ward ($26): National Book Award winner Jesmyn Ward has a unique ability to bring the American South alive on each and every page. In her newest novel, Jojo and Kayla live with their grandparents and, occasionally, their drug-addicted mother on the Gulf Coast of Mississippi. Now that their father is finally being released from prison, their mother takes them across the state to the Mississippi State Penitentiary on an incredible journey that will leave both the characters and reader changed for good.
Sisters by Lily Tuck ($20): This short novel explores the complications that come with being a second wife. Haunted by the memories of her new husband's first wife — only referred to as "she" — the narrator embarks on a twisted yet relatable journey to find her identity among an unrelenting past.
Tales of Two Americas by John Freeman ($17): This collection of stories, essays, and poems by some of America's most acclaimed authors tells the story of a divided America. With 36 major contemporary writers weighing in on the subject — including Anthony Doerr, Ann Patchett, and Roxane Gay — it's sure to be one of those books that you'll want to read twice and then pass along to your bookish besties.
The Origin of Others by Toni Morrison ($23): If you haven't read all of Toni Morrison's outstanding back catalogue yet, stop everything you're doing and get yourself to a library STAT. In her latest deep dive into non-fiction, Morrison draws on her Norton Lectures to reflect on themes of race, fear, borders, and belonging. Analyzing 19th-century literature as well as her own, this thought-provoking new book, with a foreword by National Book Award winner Ta-Nehisi Coates, should definitely be on your TBR list.
Reset by Ellen Pao ($28): In her memoir, Ellen Pao revisits the trying moments in 2015, when she decided to sue a Silicon Valley venture capital firm and call out workplace discrimination against women and other minority groups. Despite eventually losing the case, Pao's journey led her to gain widespread public support and advance her career to new heights (she is now the CEO of Reddit). If you're looking for an inspiring HBIC memoir to motivate you to take charge, this is it.
Unstoppable by Maria Sharapova ($28): From a five-year-old girl playing on dreary neighborhood courts in Russia to defeating two-time defending champion Serena Williams at Wimbledon at just 17, Maria Sharapova's life has been a whirlwind. Now, for the first time since she was charged by the ITF with taking a banned substance, Sharapova presents her journey in her own words as she vows to return to the professional circuit.
Dinner at the Center of the Earth by Nathan Englander ($27): Pulitzer Prize finalist Nathan Englander's latest novel ties together the lives of many folks — a secret prisoner, his long-term guard, an America waitress in Paris, a young Palestinian man in Berlin, Israel's most controversial leader — in an amazing political thriller centered around the Israel-Palestine conflict.
Forest Dark by Nicole Krauss ($28): In this highly anticipated new novel, Krauss writes the parallel stories of Epstein, a retired attorney, and Nicole, a young novelist, as they journey to Tel Aviv. As both Epstein and Nicole undergo a metamorphosis in comparable yet unique ways, Krauss unpacks what it means to grow as an individual at any stage of life. This novel may be set in the Israeli desert, but it will certainly resonate with readers across the globe.
Sourdough by Robin Sloan ($26): Author of Mr. Penumbra's 24-Hour Bookstore Robin Sloan ditches the charming bookstore for the hot kitchen in this brand new novel. Lois Clary is just an ordinary software engineer who happens to frequent the neighborhood hole-in-the-wall a little too often. So when the brothers who own the shop have visa issues that force them to close up, they deliver their secret sourdough starter to Lois. What happens next? You'll just have to read the book to find out!

Ashley Macey
Ashley Macey is a lifestyle freelance writer who loves all things fitness, wellness, and creativity. When she's not exploring her home in the Pacific Northwest with her dog Max, you'll probably find her curled up with a good book and some hot tea. Follow her daily jaunts on Twitter.
Books
Creativity
Books
More From Creativity