12 Books That Will Take You on a Literary Vacation 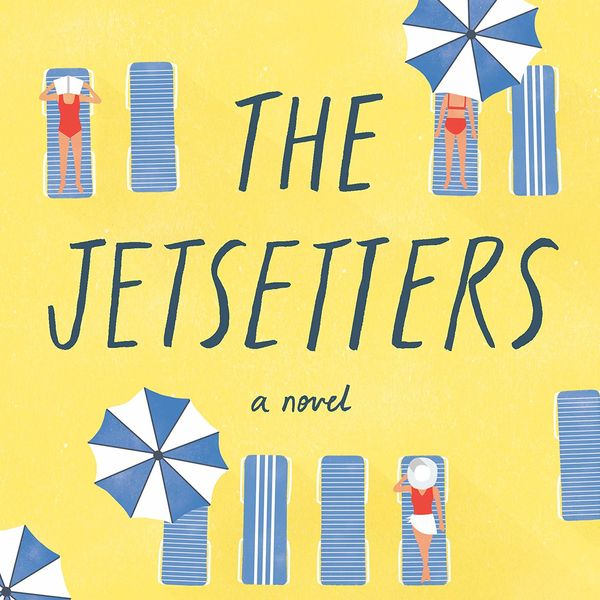 While the circumstances of COVID-19 make it impossible to head out on a worldwide adventure right now, there's still one way to experience new places: books. From Paris to Los Angeles and everywhere in between, these books will take you on a literary vacation, no passport required.

1. Feels Like Falling by Kristy Woodson Harvey ($19): It's summertime on the North Carolina coast and Gray Howard is reeling after losing her mother to cancer, her husband to another woman and her sister to her controlling husband. Taking out her frustration on her local pharmacy, she feels bad when the incident causes an employee, Diana, to lose her job. Ridded with guilt, she invites Diana to stay in her guest house. Living so close to one another, the two women begin to form a friendship that will help them both through their difficult situations. But then Diana's first love shows up out of the blue, exposing her secrets and creating chaos for both women.

2. The Jetsetters by Amanda Eyre Ward ($28): Seventy-year-old Charlotte Perkins misses the days when her children were young and thought the world of her. In an effort to get her family back together, she submits a sexy essay to the Become a Jetsetter contest, and much to her amazement, she wins. Sharing the prize with her children, the estranged family packs their bags and boards a ship for a 10-day Mediterranean cruise. Throughout these 10 days, secrets are brought to light and everyone must find a way to come to terms with the difficult decisions and circumstances that tore their family apart years ago.

3. Summer Darlings by Brooke Lea Foster ($27): When Heddy Winsome leaves her home in Brooklyn to begin a nanny job on Martha's Vineyard in 1962, she has no idea the transformative summer that's ahead of her. Working for a young, wealthy and alluring couple and their two young children, Heddy quickly finds herself enamored with her new life. But then she learns that her scholarship has been revoked, leaving her unable to return to school in the fall. Now feeling the pressure to create a new future for herself, she sets her sights on starting a new life in Martha's Vineyard. Through numerous romance attempts and new friendships, Heddy eventually learns that no matter how perfect everyone's lives look, no one on the island is as happy as they claim to be.

4. Party of Two by Jasmine Guillory ($26): Olivia Monroe has just moved to Los Angeles to start her own law firm when she meets Max Powell, a dangerously handsome junior senator. Quickly falling for one another, they keep their relationship a secret to avoid the public scrutiny that comes along with being a well-known politician. When they finally decide to make their relationship public, Olivia's worst nightmares are recognized as people start digging up things from her past that will threaten her reputation and her new business. As strong as their feelings may be for one another, Olivia will have to decide if she's willing to give up everything she's worked for in exchange for a shot at real love.

5. Finding Venerable Mother: A Daughter's Spiritual Quest to Thailand by Cindy Rasicot ($17): Moving to Thailand with her family, Cindy Rasicot finds herself struggling to find her rightful place in the country's culture and unprepared for the challenges she's now up against. Signing up for a conference in the hopes that it will provide her with some answers, everything changes when she meets a Thai Buddhist nun, Venerable Dhammananda Bhikkhuni. With the help of the nun, Cindy embarks on a spiritual journey that helps her reconcile her past and discover the kind of woman she wants to be. Throughout the experience, Cindy realizes the beauty of Thailand's culture and people.

6. The Library of Legends by Janie Chang ($17): When Japanese bombs begin dropping on Nanking, China in 1937, Hu Lian and her classmates at a nearby university are ordered to flee to China's western provinces over a thousand miles away. Making the journey even more tumultuous is the fact that they've been entrusted with a 500-year-old collection of folklores and myths known as the Library of Legends. As relationships are tested and Lian learns who she can and can't trust, she also learns that as the ancient book travels across China, it awakens immortals and other ancient spirits who begin their own exodus, changing the fate of the country forever.

7. Brunch and Other Obligations by Suzanne Nugent ($17): A story about three unlikely friends who are grieving over the recent loss of their friend Molly, Brunch and Other Obligations brings readers into the lives of Christina, Nora, and Leanne. After Molly's passing, her friends find she had one final request for them: have brunch together once a month for a year. It's through the next year of brunch dates that Nora, Christina, and Leanne find healing and new friendship. Set in both the Boston area and Paris, this novel highlights the importance of friendship and the bond between women.

8. The Last Train to Key West by Chanel Cleeton ($15): Depending on who you are, Key West can either be a fabulous vacation destination or a prison. Key West-native Helen Berner wants nothing more to escape. Mirta Perez has just gone through with an arranged marriage and has arrived in Key West for her honeymoon where she learns of her husband's dangerous business practices. Elizabeth Preston travels to Key West to save her family after a Wall Street crash threatens to ruin their legacy. When these three women cross paths over Labor Day weekend, they find themselves both terrified of both their current predicaments and a deadly storm that's headed straight for the Keys.

9. That's Not a Thing by Jacqueline Friedland ($17): Since Meredith Altman's engagement to Wesley Latner ended, she's been doing her best to get over him and move on with her life. Newly engaged to Aaron Rapp, a former football player and doctor, Meredith is excited to start the next chapter of her life with him. But all of that goes out the window when she runs into Wesley at a trendy New York City restaurant and she learns of his recent ALS diagnosis. Growing close to Wesley once again, it's not long before she begins to see Aaron in a new light, realizing he may not be the kind of man she wants to spend the rest of her life with after all.

10. The Paris Hours by Alex George ($24): Paris is full of brilliant artists from all walks of life in 1927. But amongst these genius creators are four people struggling to find their rightful place in the city. Jean-Paul is a journalist who tells other people's stories because his own past is too painful to relive. Souren, an Armenian refugee, spends his days putting on puppet shows for children. Guillaume is an artist running from a debt he'll never be able to repay when a woman walks into his studio and changes his life forever. Camille has betrayed her employer Marcel Proust and must get rid of the evidence of the crime before she's caught. Over the course of one day, the lives of these four people are completely changed, making them re-evaluate their lives in Paris.

11. You and Me and Us by Alison Hammer ($19): Alexis Gold has spent most of her teenage daughter's life working, leaving her husband Tommy to do all of the heavy lifting when it comes to parenting CeCe. But everything in Alexis's life changes when Tommy is diagnosed with terminal cancer. Headed to Florida to spend the summer at their favorite beach, what Alexis doesn't know is that Tommy's ex, an actress CeCe admires, will also be at the beach. While CeCe struggles to come to terms with her father's diagnosis, she finds hope in a new love interest — one that she hopes her mother won't ruin for her. Meanwhile, Alexis begins to pick up the pieces of her family's life, determined to bond with her distant daughter and save the family she hasn't made enough time for in the past.

12. Glorious Boy by Aimee Liu ($19): Having lived on the remote Andaman Islands for five years, Claire Durant, her husband Shep, and their mute four-year-old son, Ty, must pick up their lives and abandon their home when the Japanese pose a threat to the island in 1942. Forced to leave behind Naila, the only person who can communicate with Ty, Claire and Shep are sent into panic mode when both Naila and Ty disappear on the morning they're supposed to leave. Staying back to find the two kids, Shep forces Claire to go ahead without them. But when the Japanese overtake the island and Claire no longer has a way to communicate with her husband, she travels back to the dangerous place, on a mission to reunite her family for good.

Reading a good book while on quarantine? Share with us @BritandCo!