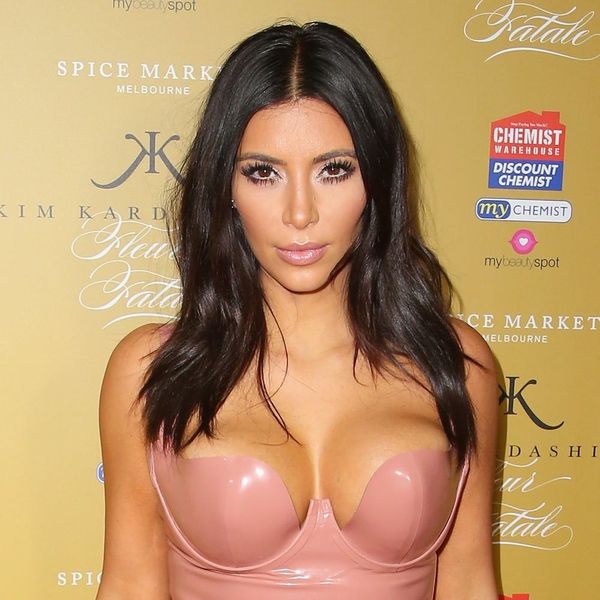 Love her or hate her, there’s no denying that Kim Kardashian West has a pretty identifiable style: Even model Ashley Graham is a fan, recently naming her as her own person style icon. Yesterday, Nicki Minaj posted a pic via Instagram rocking a look that’s nearly identical to one the KUTWK star donned way back in 2014.

For a surprise spot on Drake’s Boy Meets World tour, Minaj took to the stage in a pink two-piece latex number that had jaws on the floor. The bodysuit is a skimpier take on the Atsuko Kudo dress that Kardashian wore three years ago.

It’s not the first time the mommy of two has stepped out in pink latex, either.

The mom to North and Saint has also been spotted in a similar style from the same designer for the 2015 US launch of Hype Energy Drinks.

Minaj made the style her own, pairing her getup with Barbie-pink strap high-tops, her Rapunzel-length hair, and a plastic, iridescent trench.

We’ve gotta hand it to both ladies for looking extra fierce in such an unforgiving material: Hey, if you’ve got it, flaunt it!

Who do you think wore it better: Nicki or Kim? Vote over @BritandCo.