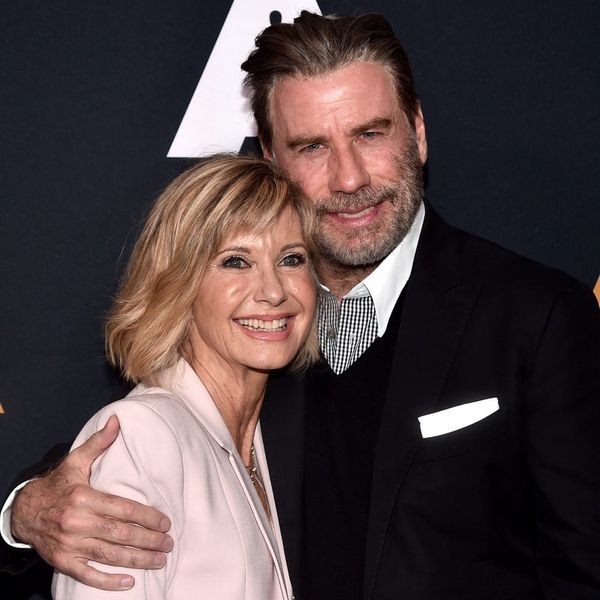 Grease is one of the most iconic movies of all time, and to celebrate its 40th anniversary this week, stars Olivia Newton-John and John Travolta reunited at a screening of the film at the Samuel Goldwyn Theater in Beverly Hills on Wednesday, August 16.

Both Newton-John and Travolta were all smiles as they posed side-by-side and even busted out some of their old dance moves. Newton-John, who played Sandy, looked radiant in white pants and a monochromatic pink shirt, blazer, and sneakers. Travolta, who played the bad boy T-Bird Danny Zuko, looked casually put together in dark blue jeans and a black blazer.

Other cast members including Didi Conn (who played Frenchy) and Barry Pearl (who played Doody) also made an appearance at the screening, as did director Randal Kleiser.

Grease has remained a favorite across generations since it first hit theaters back on June 16, 1978. In 2016, Fox aired a highly anticipated Grease: Live musical with an all-star cast that included Julianne Hough as Sandy, Aaron Tveit as Danny, and High School Music alum Vanessa Hudgens as Rizzo.

Many of the film’s original cast members were vocal about their excitement for the event, with Conn even gifting her Frenchy successor, Carly Rae Jepsen, vintage souvenirs from the original film, including her costume and a custom silver locket that contained a photo of the two actresses together.