PLL’s Sasha Pieterse Reveals Wedding Details, Including How Pinterest Is Helping Her Plan 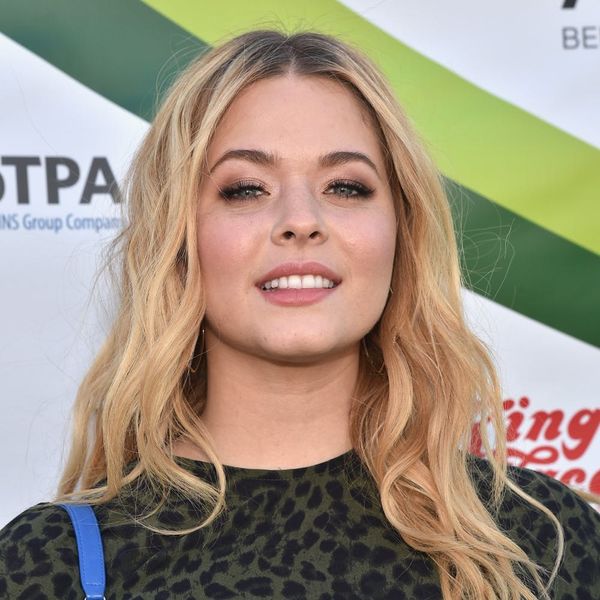 The stars of Pretty Little Liars may be looking for their next big roles now that we’ve said goodbye to their hit series, but the ladies are also focusing on other aspects of their lives that might have taken a backseat to their careers while PLL was busy digging graves. For instance, Sasha Pieterse hasn’t been spotted on the red carpet lately, because she’s getting ready to walk down the aisle. And with the big day getting closer, the actress has revealed a few special deets, including how Pinterest is helping her plan her wedding.

Engaged to longtime boyfriend Hudson Sheaffer since 2015, Pieterse admits that the planning has been pretty easy-going so far, if slightly unreal, telling People, “[It’s] really surreal, but I’m glad that my fiancé Hudson and I are on the same page. We have the same style, so it makes it really simple, really easy.”

That means the two are totally feeling the same vibe toward the “whimsical rustic” theme of their wedding. And when it comes to her bridal look, Pieterse has decided on “long hair, for sure,” and reveals she has some pretty definitive ideas about her dress, saying, “I want a low back; I want really thin straps, detailed bodice. So still very simple, but got those little accents that’ll make it pop.”

Though the PLL star admits that our fave pin-filled site is providing plenty of inspiration, saying, “I can put my Pinterest board to use,” it looks like the bride-to-be’s Pinterest account is top secret, so there will be no peeking at Pieterse’s wedding board.

Did/will you use Pinterest to help you plan your wedding? Let us know @BritandCo!