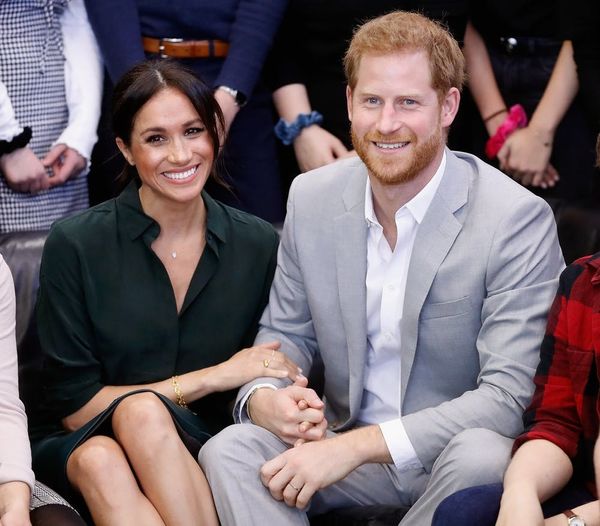 Back in September, Kensington Palace announced Prince Harry and Meghan Markle’s plans for a fall tour of Australia, Fiji, Tonga, and New Zealand from Tuesday, October 16, to Wednesday, October 31. Now, with less than two weeks to go before they jet out of the UK, the royals have released the couple’s full itinerary — and it’s packed with meetings, activities, and special events.

Over the course of the 16-day tour, the Duke and Duchess of Sussex will take part in several functions with a focus on environmental and conservation efforts, as well as youth empowerment and social justice.

The royals’ first stop will be the official Sydney residence of the Governor-General of Australia, His Excellency General the Honourable Sir Peter Cosgrove and Lady Cosgrove, who will be hosting representatives from each of the 18 countries who are participating in the Invictus Games.

From there, they’ll move on to the Taronga Zoo, the Sydney Opera House, the Royal Flying Doctor Service, Bondi Beach (one of Australia’s most famous landmarks), Fraser Island (the largest sand island in the world), and the Fiji War Memorial. They’ll also attend the 2018 Invictus Games in Sydney.

In Fiji, Duchess Meghan and Prince Harry will briefly split off into individual itineraries. The Duke will travel to Colo-i-Suva Forest Park, an indigenous forest site, while the Duchess will head to the British High Commissioner’s Residence for morning tea and a showcase of women’s organizations that operate throughout Fiji.

Once reunited, they will meet with local elders, farmers, educational workers, and those aiming to raise awareness around mental health. There are also plans for a farewell ceremony at the Royal Palace in Fiji before the couple make their way back to Sydney and then to New Zealand, where they’ll visit Abel Tasman National Park, Auckland’s North Shore, the Auckland War Memorial Museum, Lake Rotorua, Rainbow Springs, and Redwoods Treewalk Rotorua.