Redbook Made a Bold Move for Their September Issue Cover Girl 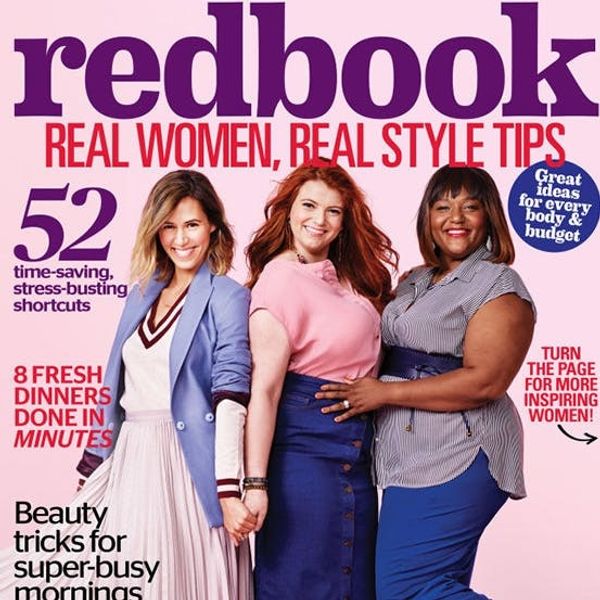 Typically the covers of September fashion magazines are plastered with some of the fashion industry and Hollywood’s biggest stars. Keira Knightley is on Elle, Karlie Kloss is the face of Glamour and Taylor Swift is the star of Vanity Fair. But one glossy mag has decided to do things a little bit differently for their fall fashion issue. Redbook has opted not to use a mega-star and is instead featuring six real women.

The ladies are all the winners of Redbook’s second annual Real Women Style Awards. Back in February, readers submitted photos and a brief description of their personal style to Redbook. The magazine and celebrity judges narrowed it down to 25 finalists and readers were asked to vote for the six winners. All six women range in shape, size and style, but they’re each gorgeous in their own right.

In an article discussing the cover, Rebook’s editor-in-chief, Meredith Rollins, wrote, “The media spends a lot of time pretending to celebrate diversity, sending up a self-congratulatory cheer whenever a magazine puts someone who isn’t pin-thin on a cover. It’s a step in the right direction, but it’s awfully small. I, for one, don’t want to believe that it only takes a famous face or a million-dollar wardrobe or a size-zero body to sell magazines.”

This is by no means the first time we’ve seen real women featured in ad campaigns, but to see it happen in a major issue of a big-name magazine is a giant step in the right direction.

What outfit would you wear on the cover of a magazine? Share with us in the comments below.