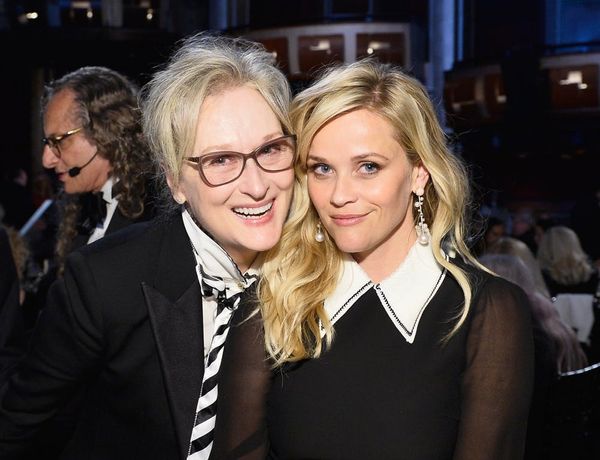 Meryl Streep has had a lot of costars, but only one of them can brag about hitting the legendary actress with an ice cream cone. Reese Witherspoon does exactly that in season 2 of Big Little Lies, and she says it’s one of the best moments of her career.

“I might or might not have thrown an ice cream cone at Meryl Streep — in a scene, ’cause she made me mad,” Witherspoon told Good Morning America host Robin Roberts on Monday, September 17.

The ice cream scene first came to our attention at the beginning of August, when photos showed Witherspoon hurling an ice cream cone at Streep’s back. “It’s going to be really good,” the actress revealed. “And I think it’s one of the top moments of my entire career. For real.”

Witherspoon, who told the host that they’ve finished shooting season 2, added that her aim is true: “I hit her! Like, I nailed it! She turned around and she was like, ‘Yeah, you got me.'”

The Legally Blonde 3 star also confirmed the hit on social media last month, tweeting, “I got her!”

According to The Hollywood Reporter, Streep is set to play Mary Louise Wright, the mother of Perry Wright (Alexander Skarsgard). (Season 1 spoilers ahead.) Perry, the abusive husband of Celeste (Nicole Kidman), died at the end of the first season, and Streep’s character apparently shows up out of concern for her grandchildren and attempts to track down answers regarding her son’s death.

We don’t know if she’ll find the answers she’s looking for, but by the looks of it, she’s going to get a cold reception from Witherspoon’s character, Madeline Martha Mackenzie.

Would you be brave enough to throw an ice cream cone at Meryl Streep? Let us know @BritandCo!