6 Responses to People Who Underestimate What Pregnant Woman Can Do 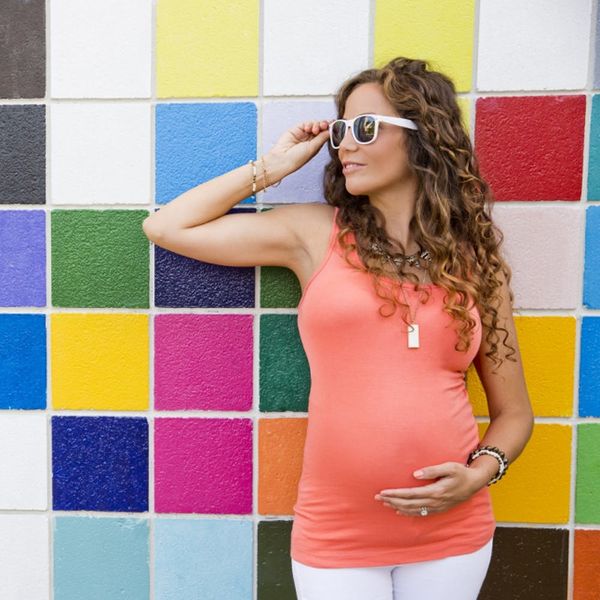 You can’t pick that up. You can’t wear that. You can’t carry that. You can’t eat that. That’s right — you’re pregnant and everyone is spewing “you can’t” at you. According to some “helpful” friends, family, and strangers, you can’t, shouldn’t, couldn’t, probably won’t do just about anything. One more time and you’re going to lose it. So as long as you’re not doing anything that your OB has already nixed, you’ll need some snappy comebacks to those naysayers. Hey, you’re pregnant: not sick, injured, or otherwise debilitated.

1. “My doctor disagrees.” You’re out for your morning jog. You know, the one that the medical professional (with the degree and all) okayed. That’s when a complete stranger approaches you and says something like, “Oh, you shouldn’t jog when you’re pregnant. It will jostle the baby.” Um, no. That’s not what your doctor said. You could keep right on jogging. Or, you could answer back with, “The OB is okay with it.” And this isn’t just a jogging answer. It works for almost anything your doc has given the green light.

2. “It’s my body and my baby.” This isn’t someone else’s pregnancy: It’s yours. Unless you’re truly endangering yourself or your baby, what you do (or don’t do) is no one else’s business. When the person putting you down for being pregnant is someone you don’t really know, it’s completely okay to remind them that this your decision, not theirs.

3. “Yes, I can.” It’s simple, to the point, and totally true. You know your limits, and your medical pro has advised you on them. There’s no way you’re taking any risks with the precious cargo inside of you. That means you are fully aware of what you can do and what your limitations are. It’s not like you’re bench pressing 500 pounds right now — more likely, you’re trying to pick up a grocery bag.

4. “I do it all the time.” “Whoa! Should you really be doing that? When you’re pregnant?” Well, yeah. You’ve done whatever it is you’re doing something like 100 times… and that’s in the last week. So it’s pretty likely that you can do it. Let that well-meaning but slightly annoying person who’s questioning you know that this isn’t exactly a new activity. They’ll get the message and realize that you’re not uniformed when it comes to pregnancy dos and don’ts.

5. “Why not?” It’s a totally valid question here. Someone, whether you know them or not, has questioned your parenting — before the baby is even born. Welcome to the wonderful world of mom-shamers! They’re here to stay, and they’ll judge you every step of the way. Get to the meat of the matter by asking why this person thinks you “can’t.” Maybe they have a valid reason, maybe it’s something they’ve actually experienced, or maybe they’re just trying to put you down.

6. “Thank you.” Sometimes you just need to go with the oh-so-polite approach. When you don’t know the person, it’s not worth the fight, or they are just so far off base that you can’t even deal with it, a simple “thanks” will do. You’re pregnant, you’re hormonal, and you have a short fuse right now. Yes, you’re offended by the offhand accusation that you’re not doing this mommy thing right. Or you’re angry that someone is telling you “no.” Instead of getting into it, let it roll off with a smile and a word of thanks. Enough said.

What’s your go-to response when someone tells you that you “can’t”? Tweet us your comebacks @BritandCo!

Erica Loop
Erica Loop is a freelance writer living in Pittsburgh. When she's not busy creating kids' activities for her blog Mini Monets and Mommies, you can find her trying to hang out with her teenage son, being chased by her two Olde Boston Bulldogs or teaching a children's karate class (she's a third degree black belt!).
maternity
Pregnancy
maternity New Moms
More From Pregnancy