‘Riverdale’ Is Doing a Musical Episode Based on ‘Carrie: The Musical’ 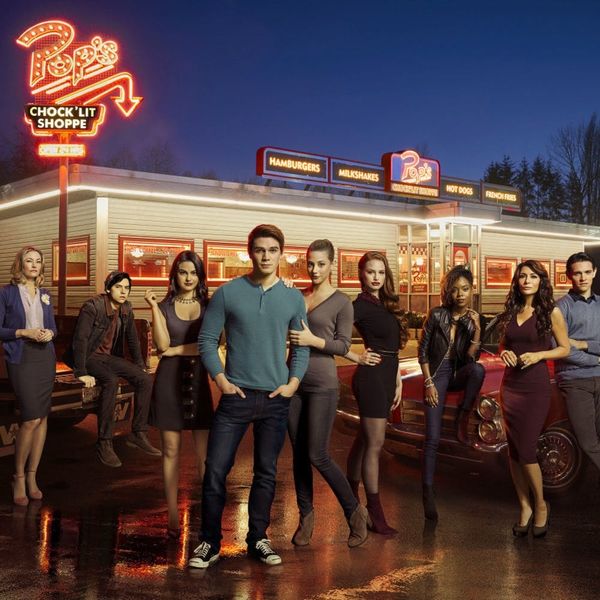 Riverdale certainly knows how to stir up drama with its own deliciously dark scenarios, but now they’re about to recreate one of the most iconic high school horror stories ever — by taking on Carrie: The Musical.

According to Entertainment Weekly, an upcoming episode (set to air April 18 at 8pm) will feature 11 songs from the Broadway musical, with Cheryl Blossom (Madelaine Petsch) cast as the troubled teen at the center of the creep-tastic tale, and the rest of Riverdale’s main crew in other key roles.

🔁: @writerras ・・・ Dream episode of #Riverdale coming up! “CARRIE: The Musical” is happening!!!

EW also scored the cast bios straight from the fictional program, which gives us a glimpse at each actor’s, er, motivation.

Kick back and catch up on #Riverdale, streaming for free on The CW App! Link in bio.

Archie Andrews, who’s stepping into the role of Tommy Ross, is “excited to be exploring his thespian side” and “would like to thank his girlfriend, Veronica, for always being there, and his dad, Fred Andrews, for helping build and construct the sets.”

What does the Black Hood want with Betty? Find out by streaming #Riverdale on The CW App. Link in bio!

Betty Cooper will be taking on the role of Sue Snell. Like Archie, “she is thrilled to be a part of Carrie: The Musical.” Also, interestingly, she sends “much love to her boyfriend, Jughead Jones.”

All dressed up for Pop's. Watch #Riverdale for free, only on The CW App! Link in bio!

Of course V wouldn’t miss out on the chance to be a part of the fun. According to her bio, Veronica — who is playing Chris Hargensen — has previously played “Evita in Evita, Velma in Chicago, and Maria in West Side Story at Spence Prep School.”

Veggie? Regonica? Catch up on #Riverdale before a new episode Wednesday! Link in bio.

Reggie certainly isn’t humble about his performance… and we would never expect anything otherwise, TBH. His bio notes his “immense talents for song and dance” and includes a quote from Charles Barkley: “I’m a mad dog whose only concern is winning.”

Cheryl, as Carrie, will be in the center of the action. A very telling part of her bio is blacked out, but she “dedicates her performance to Jay Jay, with love and remembrance.”

Even Betty’s mom, Alice, is getting in on the fun as Mrs. White. Her bio notes that “she’s excited to be sharing this experience with her daughter, Elizabeth Cooper.”

All the feels. Watch the latest #Riverdale only on The CW! Link in bio.

Jughead will be there, too, because it just wouldn’t be any fun without him! He’s playing The Beak.

See the rest of the cast list above, and catch the next episode of Riverdale on Wednesday at 8pm on The CW.

What do you think about the fact that Riverdale is taking on Carrie: The Musical? Let us know @BritandCo!

Desiree O
Desirée O is a ‘Professional Bohemian’ who loves anything and everything related to the arts, entertainment, and pop culture. She ADORES being a ‘Newsy’ for Brit + Co, covering all of the latest tidbits of awesomeness that you want to read about. When she’s not writing, she’s either making messy art, going on long adventurous walks with her camera, or poking around over at bohemianizm (http://www.bohemianizm.com/). You can find out about Desirée O and her work at http://DesireeO.com/ or follow her on Twitter @DesireeO.
Music
TV
Music TV