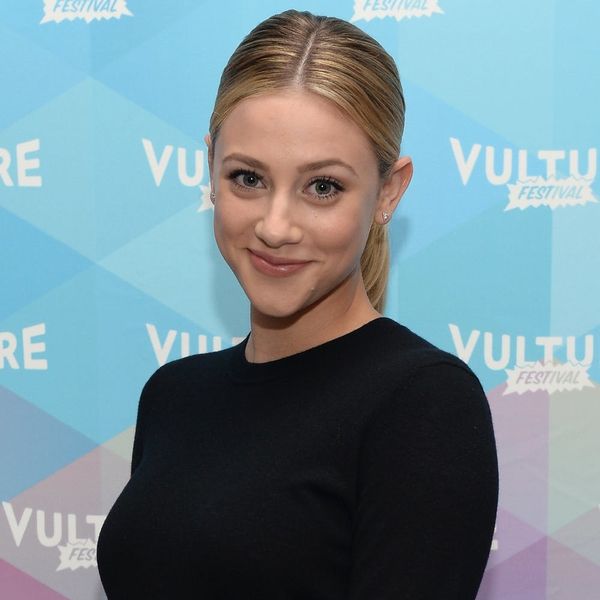 Riverdale’s second season is heating up, and according to Lili Reinhart, it’s not going to cool off anytime soon. There are some challenges ahead for fan-favorite couple Betty (Reinhart) and Jughead (Cole Sprouse) — AKA “Bughead” — but there’s also plenty of romance.

Don’t miss a new episode of #Riverdale, TONIGHT at 9/8c on The CW…it’s a date.

One test of their relationship will come when Jughead makes the big transfer to Southside High. “Jughead is on the Southside and [Betty] is on the Northside and it’s inevitable that distance makes things hard,” Reinhart explained to Entertainment Tonight. As the saying goes, though, absence makes the heart grow fonder. “[I]t definitely makes them appreciate one another more when they’re kind of being pulled apart by going to different schools,” she continued. “So, when they do get to see each other it is really romantic and passionate.”

Reinhart, who is rumored to be dating Sprouse IRL, doesn’t mind those up-close and personal scenes. In fact, despite the sizzling hot shower scene involving Varchie (Veronica and Archie) last week, she feels pretty chill about the entire situation. “I feel like it’s very comfortable at this point,” she told ET, adding, “I mean, it’s The CW. You’re not going to get too crazy. It’s just like kissing and hugging.”

She continued, “I think we’re all so comfortable with one another that it’s not even really a thing. If we have a kissing scene, it’s fine. We don’t really think twice about it. When new characters have to kiss, it’s a little different and you’re like, ‘Oh, okay! What’s this?’ But it’s easy, we’re all friends. It would be more nerve-wracking if you had to make out with someone that you didn’t know. So, if by chance we do end up having to kiss each other, it’s fine and it doesn’t feel weird.”

As for those rumors that she and Sprouse have found romance off-screen too — which is totally believable, considering they radiate chemistry on-screen — the actress will neither confirm nor deny, saying, “We get along quite well. We’re doing good.”

Be sure to watch what happens next between Betty and Jughead when Riverdale airs Wednesday at 8pm ET/PT on The CW.

Which Riverdale couple is your favorite? Let us know @BritandCo!