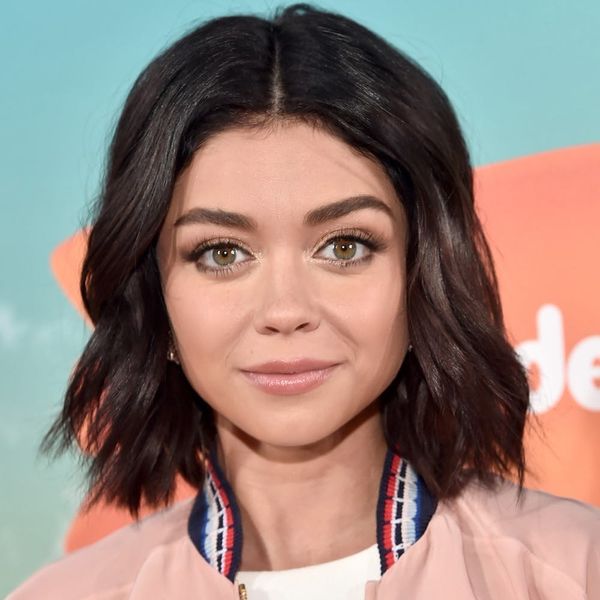 It seems as though Sarah Hyland just can’t stop switching up her hairstyle. Just a few weeks ago the Modern Family actress ditched her highlighted hair for a dark, truffle inspired color and now she’s updated her locks yet again in preparation for a new role in ABC’s upcoming TV remake of Dirty Dancing. Before you get too excited picturing Sarah with Baby Houseman-level curls, she’s sadly not the second celeb to get a perm this week (PS Julianne Hough was the first). Instead, she just debuted something that looks a little less reminiscent of the ’80s and more like that “scene” hair you probably dreamed about in high school.

Sarah, who naturally has a chin-level bob, has obviously had some serious extensions inserted for her role as Lisa Houseman, Baby’s goody-two-shoes older sister. While Lisa’s hair in the original falls just below her neckline and includes a full set of bangs, it seems as though the remake might be putting a more modern spin on Lisa’s look. Either that or Sarah snapped this pic before her transformation was fully complete.

The remake is also set to star Abigail Breslin as Baby and newcomer Colt Prattes (an acrobat you might recognize from Pink’s “Try” video) as Johnny. Now, please excuse us while we watch the original on repeat until get word of a release date.