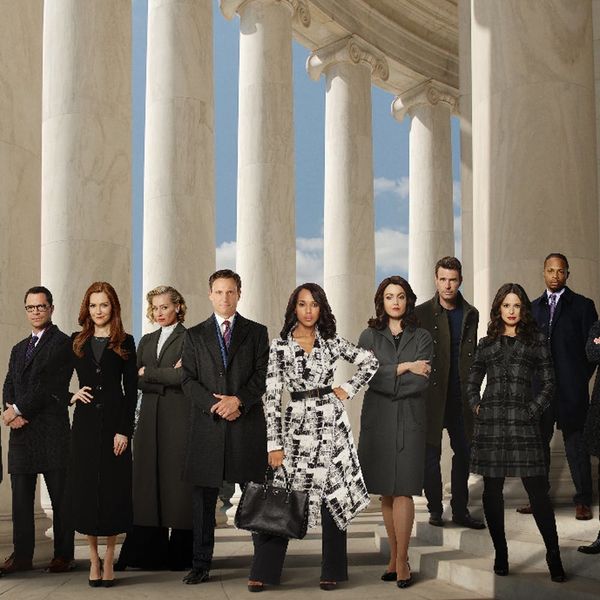 If there’s one thing we love about Scandal, it’s the show’s uncanny knack for being insanely culturally relevant (oh, and Kerry Washington’s killer wardrobe). Tonight’s finale is a big one if you’ve been following the campaign trail mix this election year. It’s guaranteed to be good. But while we know when to expect election season to end, no one knows yet when season six of Scandal will start up. So while we’re all waiting, here are four more shows that should tide you over. Pope 2016.

While there may seem to be no similarities between a glamorous White House communications director and an older detective in northern England, the two women are both badass ladies that are much more powerful than anyone ever expected. Vera ran for six seasons in the UK, and all the episodes are ready to watch on Amazon. (Photo via iTV)

As Olivia Pope can attest, domestic surveillance is a tricky beast. To see how Britain does it, you have to check out MI-5. The show ran for 10 seasons and inspired a cult following. You can get every episode from Amazon, so you’ll quickly be sucked into one of the most binge-worthy series of all time. (Photo via BBC)

IF YOU LIKE POLITICS OUTSIDE THE WHITE HOUSE, WATCH MADAM SECRETARY

Although the “women can have it all but still have problems at home” stereotype may be played out, both Scandal and Madam Secretary do it well. Watch the show for more of the same — just replace covering up scandals with foreign policy debacles. You can watch it on Amazon and CBS. (Photo via CBS)

In terms of tone, you couldn’t get further from Scandal than Veep: One is a drama that keeps you on your toes, the other is a comedy that will hit you with laughs you never saw coming. However, both are worth watching for the light they shed on women in the White House. Stream it from HBO. (Photo via HBO)

What will you miss most during the Scandal hiatus? Let us know @BritandCo!