Selena Gomez Opens Up About Panic Attacks, Depression — Here’s Why It Matters 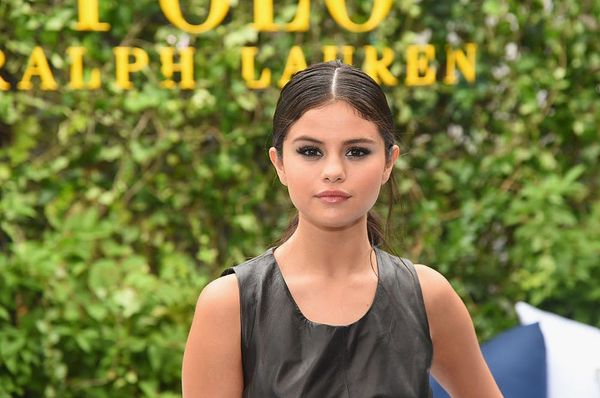 As a young woman under the microscope, the pressure to be perfect is crushing. Few know this better than Selena Gomez. From her Disney days to her indie films and her albums, Selena’s multi-decade career has been scrutinized nearly as much as her personal life. (Just imagine the world probing every detail of your first love or the guy you’re currently hanging out with.) It’s no wonder Selena was reticent to open up about her relationship status in the latest issue of Vogue. What is surprising is how real she got about the one topic most celebrities shy away from — mental health.

Ok freaking out a little. Thrilled to share my first American @voguemagazine cover with you! Read the story and see the full spread in the link in my bio. Photographed by @mertalas and @macpiggott

In the latest issue of the fashion bible, Selena revealed what was really happening back in August, when the 24-year-old returned from a leg of her “Revival” tour and abruptly canceled the remaining 30 dates. At the time, Selena’s reps suggested that the singer’s chronic battle with Lupus was taking its toll. But in her interview with Vogue, Selena got candid about what was actually going on.

“Tours are a really lonely place for me,” Selena told the magazine for its cover story this month. “My self-esteem was shot. I was depressed, anxious. I started to have panic attacks right before getting onstage, or right after leaving the stage. Basically, I felt I wasn’t good enough, wasn’t capable.”

It’s hard to imagine a celebrity at the height of her success experiencing that kind of debilitating self-doubt, but the way she talks about her issues with self-esteem is surprisingly, if heartbreakingly, relatable.

“I felt I had no wisdom to share,” she continued. “And so maybe I thought everybody out there was thinking, This is a waste of time.”

In her darkest moments, Selena grappled with the realities of depression.

“Life is so stressful,” she mused, “and I get the desire to just escape it.”

Thankfully, she sought help — checking into a treatment center in Tennessee for 90 days. “It was one of the hardest things I’ve done, but it was the best thing I’ve done,” she said, looking back. Since then, she’s continued therapy — specifically Dialectical Behavior Therapy, a form of cognitive behavioral psychotherapy. “DBT has completely changed my life,” she told Vogue. Now she wants to destigmatize the shame surrounding mental illness — particularly for girls and women.

“I wish more people would talk about therapy. We girls, we’re taught to be almost too resilient, to be strong and sexy and cool and laid-back, the girl who’s down. We also need to feel allowed to fall apart.”

She’s absolutely right — falling apart is the first step in putting yourself back together. It’s a big deal that Selena is opening up about these issues. Millions of people suffer from panic attacks, anxiety, and depression, and just as many suffer in silence. Every time someone speaks out about their own struggles, we’re reminded that we’re not alone.

What do you think of Selena’s honesty in the public eye? Send us a tweet @BritandCo to let us know!