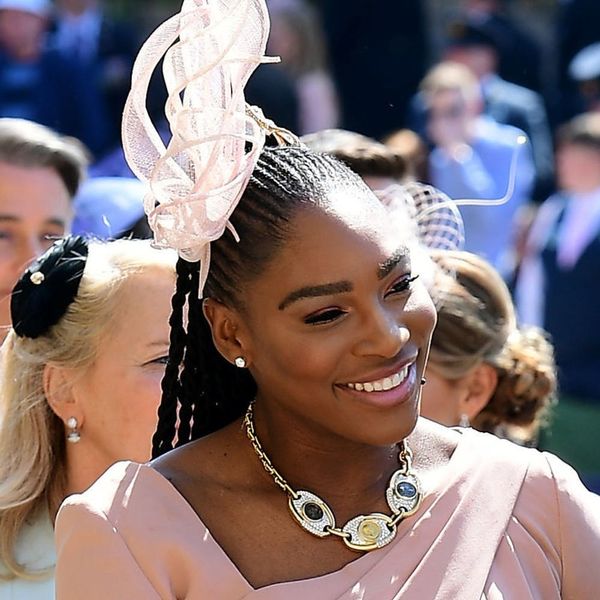 Meghan Markle wasn’t the only one making an outfit change for last night’s royal wedding reception! If you thought the looks wedding guests donned for the ceremony were good, just WAIT until you see what Serena Williams and Priyanka Chopra showed up in for the after-party!

Markle’s famous pals, along with 200 of the Duke and Duchess of Sussex’s closest friends and family members, headed half a mile south of Windsor Castle to the Frogmore House for the second part of the celebration. The historic building, which has been a royal residence since 1792, provided the perfect backdrop for the group to dance the night away, and Williams, for one, came fully prepared: The tennis legend donned Valentino sneakers beneath her couture!

Little known fact: I often wear sneakers under my evening gown. These @maisonvalentino @pppiccioli gave to me last min. I told him be careful I tend to be comfy for long nights #beingserena

Williams, 36, changed out of her curve-hugging pink Versace gown and matching fascinator for a more relaxed floor-length Valentino dress with a simple black bodice and bright flower patterned skirt. She paired it with a statement-making Bulgari necklace covered in diamonds. As she revealed via Instagram, she also decided to kick off her heels — literally — for some more comfortable footwear.

As the 23-time Grand Slam singles champion revealed in her caption, the shoes were actually a gift from the fashion house’s designer, Pierpaolo Piccioli. “Little known fact: I often wear sneakers under my evening gown,” she wrote. “These @maisonvalentino@pppiccioli gave to me last min. I told him be careful I tend to be comfy for long nights. #beingserena.”

Priyanka Chopra, who wrote a beautiful tribute to the bride, also changed up her look for the second royal act. Her stylist, Mimi Cuttrell, showed off the head-turning look the Quantico actress swapped her Vivienne Westwood skirt suit out for: a sparkly, off-the-shoulder Christian Dior dress paired with a small silver Dior purse and royalty-worthy jewels from Hollywood fave Lorraine Schwartz.

While there’s no word on whether or not Chopra also wore sneakers beneath her fancy garb, she was sure to be comfortable either way: Pretty Little Liar‘s star Troian Bellisario revealed via Instagram stories that guests were actually provided with slippers for the occasion!

Which royal wedding outfit was your favorite? Tweet us @BritandCo.