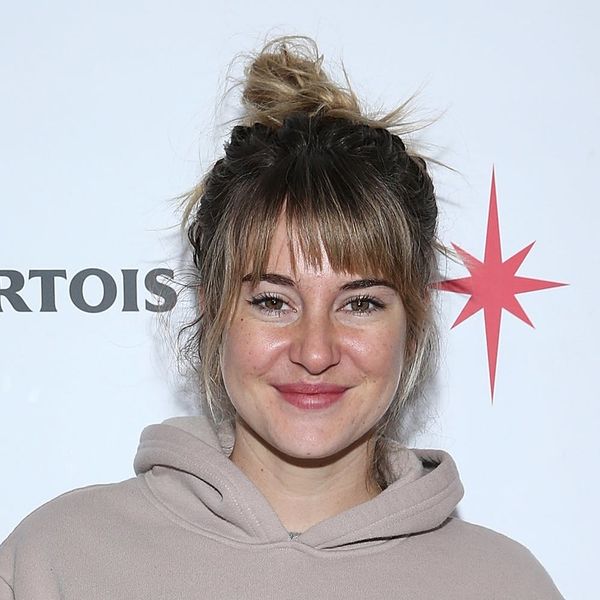 Jane Chapman is back with a vengeance! As behind-the-scenes pics from season 2 of Big Little Lies begin to flood our Instagram feeds (See: Zoë Kravitz’s new selfie as Bonnie), Shailene Woodley is turning to the dark side once more, embracing her character’s brunette ‘do — with a twist.

The actress, who has been rather bronde as of late, sporting sun-kissed light brown locks, showed off what appeared to be a new dye job last week on Instagram, along with the note, “JANE’S BACK.”

Now, as seen in new pics obtained by W, Woodley, 26, has taken things one step further, stepping out for Bruna Papandrea’s Made Up Stories event with an even darker ‘do — think jet black!

And that’s not all: She also appeared to have gotten a subtle haircut, with her newly glossy tresses hitting just below her shoulder where they once hit near her mid-back and a fresh set of fringe to boot.

The activist first sported a dark chestnut hue on the red carpet back in 2016 ahead of season 1. With such a striking change in her coif between seasons, buzz has already begun to circulate that her character is about to undergo something serious — but we’ll have to wait ’til it airs in 2019, when it airs, to find out. Womp, womp!

What do you think of Shaileine’s new looks? Share with us over @BritandCo.

Nicole Briese
Nicole is the weekend editor for Brit + Co who loves bringing you all the latest buzz. When she's not busy typing away into the wee hours, you can usually find her canoodling with her fur babies, rooting around in a bookstore, or rocking out at a concert of some sort (Guns N' Roses forever!). Check out all her latest musings and past work at nicolebjean.com.
Celebrity Hair
Hair
Celebrity Hair Hair Hair Color Hair Dye