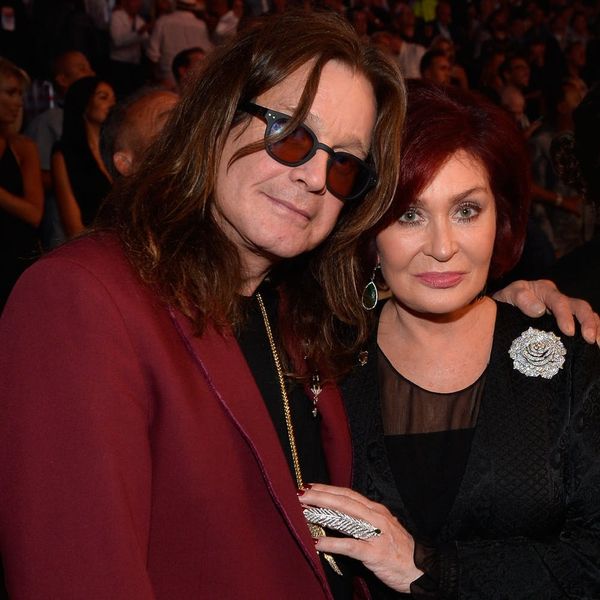 When Sharon Osbourne announced her split from her husband, rocker Ozzy, in May 2016, many fans were shocked. The couple’s decades-long romance had seemed unshakeable before then, but it turned out that the Black Sabbath singer had been having an affair, and the television hostess could take no more.

A few months later, the pair reconciled. Now, in an interview with the UK’s Telegraph, Osbourne is opening up about her husband’s infidelity and why she’d finally had enough.

“Because there wasn’t just the one woman,” she said, alluding to the reports about his affair with a hairstylist. “There were six of them: some f*cking Russian teenager, then a masseuse in England, our masseuse out here [in Los Angeles], and then our cook. …” While Osbourne wouldn’t say who the sixth woman was, she added, “He had women in different countries. Basically if you’re a woman giving Ozzy either a back rub or a trolley of food, God help you.”

As for how the X Factor judge found out about the cheating? “We were sitting watching telly,” she recalled, “Ozzy on one couch and me on the other, and suddenly he sends me this email. ‘Why did you send me this stupid email?’ I asked, and when Ozzy told me that he hadn’t sent me anything, I grabbed his phone and said, ‘Look!’ And of course it was a message meant for one of his bloody women.”

Osbourne said that all of this coincided with her husband falling off the wagon. She told The Telegraph that he purchased three Ferraris, only to crash them because he doesn’t know how to drive. Of his behavior, she said she thinks he was “doing it to fill the void in some way. And I just felt like the life I’d been leading wasn’t my life at all.”

Thank you Ozzy for 35 crazy & wonderful years. Here’s to the next chapter of our lives. Love you more today than yesterday. Always remember: You carry my heart in yours, and it’s getting older and needs protecting. Happy Anniversary.

With the couple now reconciled, Osbourne said they will never split again: “Oh, I’m never divorcing him! What on earth for? He’s nearly f*cking 70!”

Have you ever reconciled with an ex? Tell us how @BritandCo.