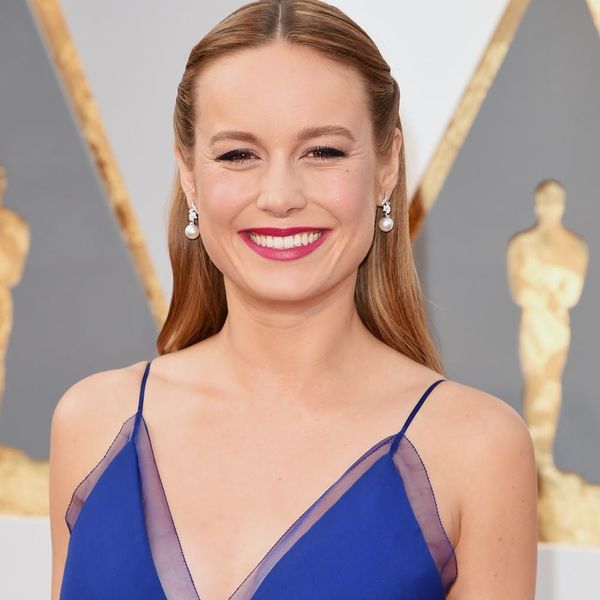 Getting all dolled up for events like weddings, galas or, hey, even the Oscars, can be a blast. But man do your dogs kill after a few hours in heels. Celebrities are not immune to the “crap, my feet feel like death” phenomenon, so they’re taking a stand and rocking their formal wear with comfy sneakers. And with the athleisure trend still going way strong, we’re kind of mad we didn’t think about doing this a million weddings ago.

Brie Larson — who as we know from her adorable Oscars after party pic, might be the chillest Best Actress EVER — may have walked the Vanity Fair red carpet in sky-high Roger Vivier heels. But once the trophies were awarded, she covertly swapped out her high fashion stilts for a pair of trusty Converse sneakers as she dug into a much deserved juicy burger. Girl, we feel you.

Then there’s repeat offender Kaley Cuoco, who walked the red carpet at the People’s Choice Awards in her favorite sneakers. She also wore a similar pair at the SAG Awards Netflix after-party.

You go, Kaley! And let’s not forget the OG sneaker-wearer on the red carpet…

Have you ever worn sneakers with your formal wear? Tag us on Instagram with the hashtag #sneakersforever!

Dwyer Frame
Dwyer is a freelance lifestyle editor and writer based in NYC. When she's not obsessing over the latest trends you can find her whipping up a delicious meal, drinking margaritas or anywhere near water. Visit her site: Dwyerstyle.com
Home News
More From Home News