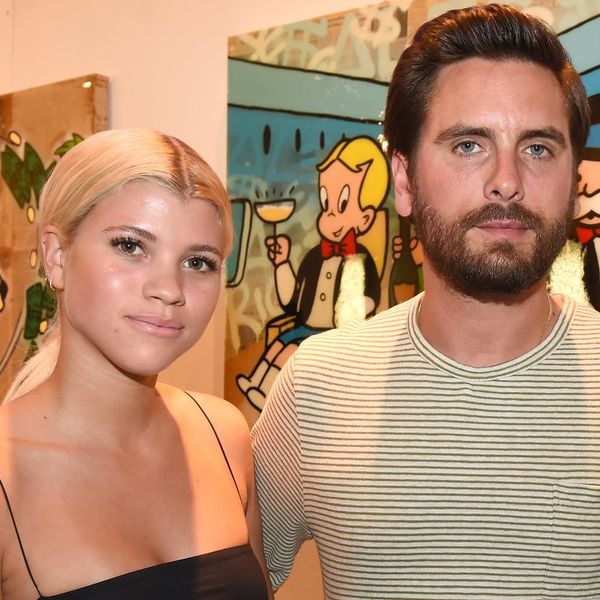 Scott Disick and his girlfriend Sofia Richie are still going strong! The twosome, who made their relationship Instagram official back in October, are trading in the California sun for a little snow-filled coziness this New Year’s Eve on holiday in Aspen, Colorado.

The duo got their vacay started right, boarding a private jet to their wintery destination. “I’m on a whole New Year vibe,” Disick, 34, wrote on a cute shot of the two cuddled up in matching down parkas.

According to E!, the couple plans to stay at the private estate of pal Richie Akiva, owner of the 1OAK nightclubs, where Disick makes regular appearances.

The pair was also snapped strolling through the city in their winter finest, with the father of three showing off the sights to his enamored lady.

They also took some time out for what appeared to be a good old-fashioned snow fight, with the reality star grabbing the model as she laughed gleefully.

Sofia Richie and Scott Disick look so smitten on their snowy vacation! https://t.co/z4re1jSwXu

As the outlet points out, it’s not the first New Year’s Eve Disick has spent in the snowy mountain town: Just last year, he packed up his ex, Kourtney Kardashian and their three kids, eight-year-old Mason, five-year-old Penelope and newly turned three-year-old Reign, and boarded a private jet for the winter playground.

With Kardashian reportedly whooping it up in LA with boyfriend Younes Bendjima, however, we hardly doubt she minds!

Do you prefer warm weather or cold weather vacations? Tell us @BritandCo!

Kat Armstrong
Kat has been a writer, social media maven and mom for longer than she's willing to admit. She's also spent time in front of and behind the camera, interviewing celebs, politicians and acting as a producer for fashion and artistic photography shoots. When she isn't writing for various orgs and publications, she's hanging with her kids, husband and French Bulldog, Peter, in Toronto, Canada.
Celebrities
Celebrity News
Celebrities Celebrity Couples love vacation