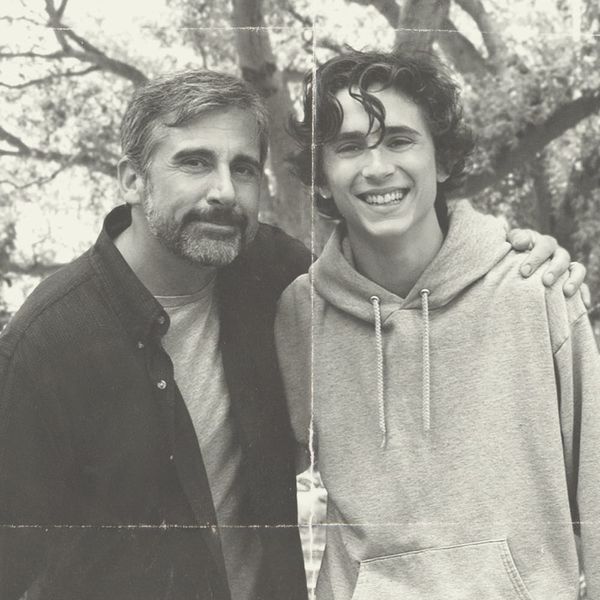 If you haven’t had a good cry in a while, we have just the solution. The trailer for Beautiful Boy, starring Steve Carell and Timothée Chalamet, is a heavy but ultimately encouraging look at a father and son torn apart by drug addiction.

Beautiful Boy is based on the memoirs from real-life father and son David and Nic Sheff. In the movie adaptation, Chalamet plays Nic, whose meth and heroin addictions leave his father David, played by Carrell, feeling devastated, lost, and helpless.

While the family is torn apart by the addiction, David remains determined to tap into the tight bond the two shared when Nic was a young boy and help his son recover. The trailer shows scene after scene of David trying to make a connection as Nic, in the throes of his illness, pushes him away. Through it all, though, Carell’s character remains a beacon of unconditional love and hope.

As an added bonus that’ll get you right in the feels, Amy Ryan stars as Vicki Sheff, Nic’s mom and David’s ex-wife. You might remember Ryan as Holly Flax, the love of Michael Scott’s life in The Office.

As long as Carell keeps making movies like this, we’re fine with him not taking part in the rumored Office reboot. Watch the trailer above, but be warned: There will be tears. Beautiful Boy will be in theaters on October 12.