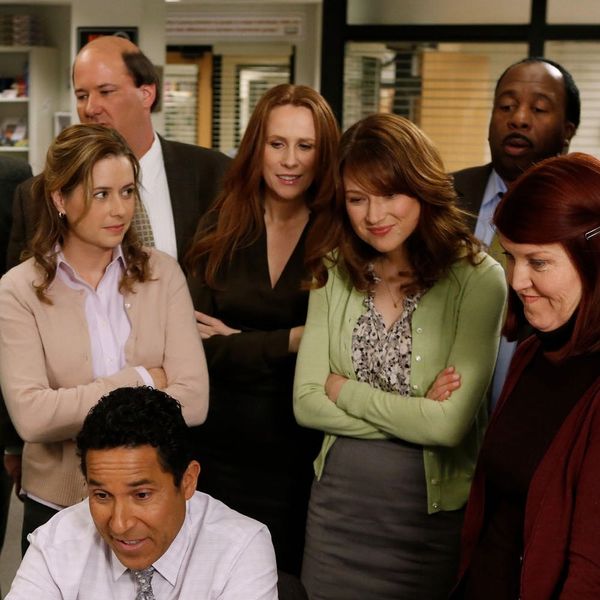 NBC’s reboot of Will & Grace has been a big hit (even earning two Golden Globe nominations), and now it looks like the network might be bringing back another of their classic comedies. A reboot of The Office is reportedly in the works for the 2018/2019 TV season, although it might look a little different than the original.

According to TV Line, the revival would once again take place in the Scranton, Pennsylvania, branch of Dunder Mifflin, but with a mix of new and old cast members. So far there aren’t a lot of details on who might or might not be returning, but TV Line did report that Steve Carell, who played Michael Scott for seven of the show’s nine seasons, would not be participating. The search for the fictional paper company’s new regional manager is reportedly already underway.

The Office originally ran on NBC from 2005 to 2013, and made stars out of many of its ensemble cast, including Carrell, John Krasinski, Mindy Kaling, B.J. Novak, Ed Helms, Ellie Kemper, Craig Robinson, and more.

Twitter reacted pretty quickly to the news, sharing their favorite GIFs and memes from the show.

how i feel about NBC trying to revive the office without michael scott: pic.twitter.com/ZUsw4kLgvd

Back in January, Carell joked about an Office revival on Twitter, sending fans into a frenzy. (He later joked that his account had been hacked by Toby Flenderson, who played his character’s nemesis on TheOffice.) He might have been joking, but NBC boss Bob Greenblatt said he had extended an open invitation for a reboot to the show’s creator, Greg Daniels. It’s possible he finally took him up on it.

How do you feel about the rumors of an Office revival? Let us know @BritandCo!