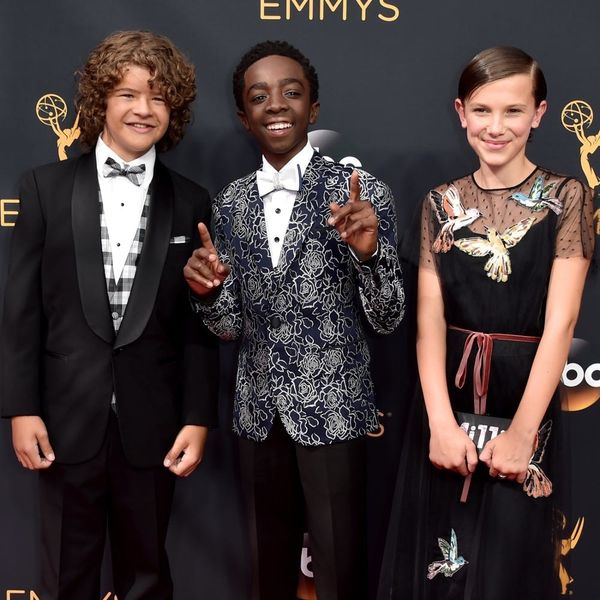 When the kids from Stranger Things showed up on the red carpet for last night’s Emmys, we couldn’t help but be totally charmed by their dapper style. And though we were already well aware that these young folks are wildly talented (and we deeply enjoy some of the epic songs on their show’s ‘80s-themed soundtrack), they decided to surprise us with a super funky performance that we weren’t even supposed to see.

When Caleb McLaughlin (Lucas), Millie Bobby Brown (Eleven) and Gaten Matarazzo (Dustin) showed up for last night’s awards, they were already the fan faves, if Internet buzz had anything to say about it. Their adorably bold attitudes could only be topped by their fashion choices. Seriously, whoever styled these kiddos deserves a raise.

But while most of us were grabbing more snacks and the stars were mingling during one commercial break, the Stranger Things kids took to the stage for an epic performance of “Uptown Funk.” Not officially meant for broadcast, we thankfully got a glimpse via an appreciative audience member who was totally into the groove.

Keep an eye on these kids, because there’s no doubt we’re watching the next generation of Hollywood’s best and brightest stars in the making.

Are you totally charmed by the Stranger Things kids? Tweet us @BritandCo!