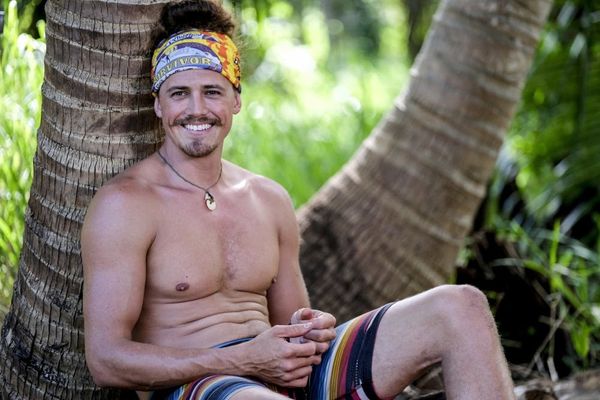 “Yes #forever. @sierra_dawn_,” Anglim wrote on Instagram, alongside a photo of him on bended knee and kissing his new fiancee’s left hand as he shows off the diamond ring. Thomas also shared a picture of the ring, a teardrop-shaped sparkler, writing, “Forever and ever, amen.”

The Survivor costars first met in 2014 when they both competed on Survivor: Worlds Apart in Nicaragua. They didn’t date right away, though — in fact, Thomas voted Anglim off during their stint together. Things turned romantic last year, and the bride-to-be told People that the proposal was a total surprise.

Thankful for this amazing woman, my bright light @sierra_dawn_ , both our immediate families along with all my extended framily, friends, fans and community. Thankful to God for all the blessings of 2018 that he continues to shower us all with his grace and love. Appreciation for a year of ups and downs but always loving and cherishing all the things in the journey to help remind us of all that warms and brightens our hearts! A new awareness, focus and appreciation for the darkness that keeps the light shining even stronger and brighter. Happy new year to you all and may 2019 bring us all closer to finding those people places and things that bring light joy peace and true happiness. Let’s illuminate the world and shine bright with every new day. #happy #newyear #newopportunities #newchapter #smile #bright

“He was explaining his love for me, and I would say, ‘yeah, baby. I love you too!'” Thomas said. According to People, they were on their way back to Utah from Anglim’s sister’s wedding in Arizona over the weekend when they stopped to camp for the night.

“We found the perfect swinging chair facing the mountains and the most beautiful sunset,” Thomas divulged. “But then he got off the swing, reached into his coat, and got on one knee. It finally hit me what he was doing. I started crying, and he started crying! We were both crying.”

RELATED: The Biggest Celebrity Engagements of 2019 (So Far)