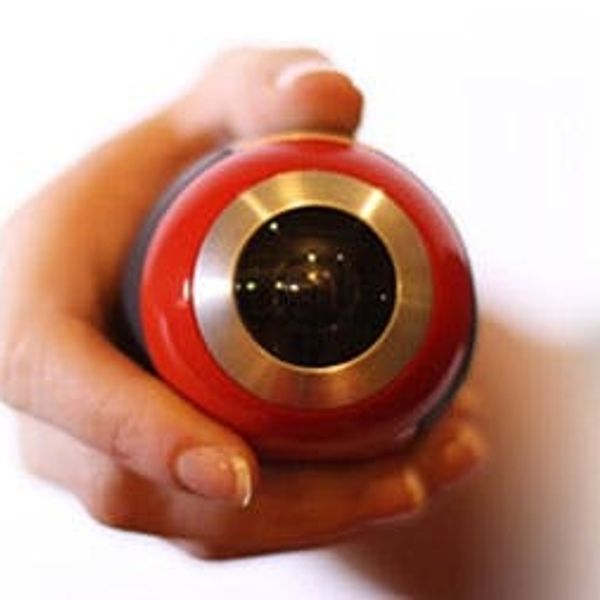 You know we love capturing images, and we're betting you do too. And if you're anything like us, you've got a whole folder of 360 degree photo sets that you keep meaning to stitch together in Photoshop. Or maybe you've got PanoLab on your iPhone but still haven't nailed down how to make your panoramic photos not look like they were taken through a funhouse mirror. Aside from video, it's downright difficult to capture 360 degrees in one static moment.

Downright difficult until now! Thanks to the Tamaggo, the digital 360 imaging experience is about to get a whole lot sharper, smoother, and simpler.

But when? And how much? The Tamaggo is scheduled to release later this year for less than $200. Less than $200 to take the art of capturing the world around you to a whole new level? We'll take it!

For camera nerds and electronics geeks, here are all the specs, straight from the Tamaggo site:

So next time you're in New York, you can actually show your friends and family an accurate portrayal of the bright lights and big city feeling of Times Square. ;)

What gorgeous sites or moments would you like to capture with a Tamaggo? Any other camera wizardry you love that we should know about? Leave us a note in the comments below or send us photo ideas on Twitter.

Anjelika Temple
As Co-Founder and Chief Creative Officer of Brit + Co, Anjelika Temple brings her voracious consumption of all things creative and colorful to DIY projects, geeky gadgetry finds and more. When she's not DIY-ing her heart out, you'll find her throwing dinner parties with friends or adventuring with her husband David, their daughters Anokhi and Indira, and their silly dog Turkey.
Photography
Tech
Photography
More From Tech