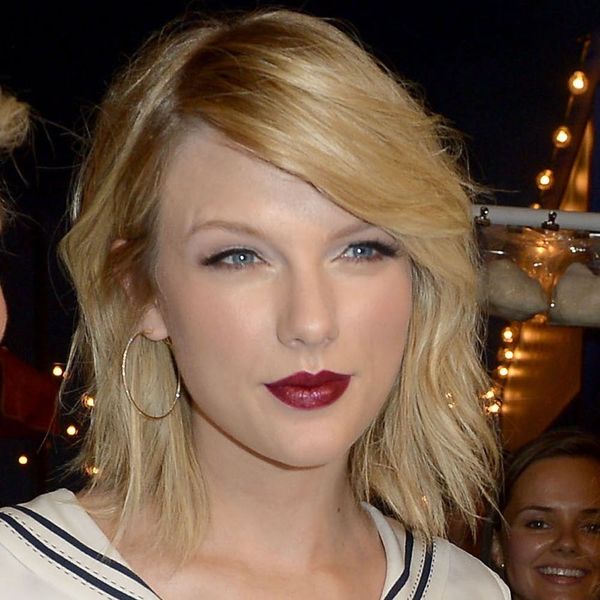 Normally, when Taylor Swift releases a new tune, the internet immediately tailspins into a tizzy trying to figure out which of the songstress’s high-profile lovers she’s crooning about with her tell-tale lyrics.

With her latest track, “Gorgeous,” however, there was little doubt that she was singing about her current BF of one year, Joe Alwyn — particularly since she reportedly told fans at a recent listening party just that.

Still, there was still one mystery surrounding its release that fans were eager to solve, and it revolved around its opening line.

Taylor was asked who the baby is at the start of #Gorgeous and reblogged the post saying only secret sessioners know. pic.twitter.com/KJmgNxqtzZ

The song opens with the sound of a toddler sounding out its title, “Gor-Geous.” But whose toddler is it? According to a Tumblr post, which Swift herself reportedly commented on, only “300 people” (the ones at the aforementioned listening party, no doubt) know the answer to that question.

Now, the fan theories have begun to circulate, with one front runner in particular coming out on top: squad member Blake Lively’s eldest daughter James.

The baby’s voice in Gorgeous is Ryan Reynold and Blake Lively’s daughter.

yo but @taylorswift13 is baby James going to get residuals from #gorgeous? cc @blakelively @VancityReynolds

It would sort of make sense: As you’ll likely recall, the “…Ready For It?” singer WAS one of the first to visit the mommy of two in the hospital after her second daughter, Ines, was born. Not to mention that the similarities, as one fan pointed out, between a young Swift, now 27, and James ARE pretty striking.

There are several other theories, as well, however, including Swift’s Godson, Leo, who is the son of actress Jaime King…

…and a young Swift herself.

So which one is it? We guess we’ll just have to wait until the songwriter decides to share her secret with the rest of the world… or one of the other 300 peeps in-the-know cracks!

Who do YOU think the baby at the beginning of the story is? Let us know over @BritandCo.

Nicole Briese
Nicole is the weekend editor for Brit + Co who loves bringing you all the latest buzz. When she's not busy typing away into the wee hours, you can usually find her canoodling with her fur babies, rooting around in a bookstore, or rocking out at a concert of some sort (Guns N' Roses forever!). Check out all her latest musings and past work at nicolebjean.com.
Blake Lively
Music
Blake Lively Celebrities Friends Music Taylor Swift