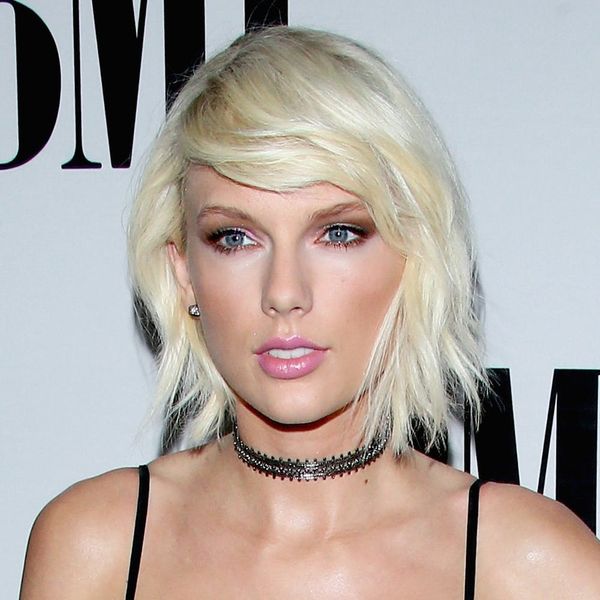 Taylor Swift is kicking things into high gear for the November 10 release of her new album, Reputation. She was recently spotted filming what appears to be a new music video in London, and she’s held album listening parties and meet-and-greet sessions with fans. Today, she teased another new song in a series of Instagram posts, letting fans know that “Gorgeous” will be released at midnight tonight.

The extremely short audio clip opens with the sound of a child’s voice saying the title of the song, “Gorgeous.” From there, the beat kicks in, and while it sounds in line with the electronic direction of her previous singles, “Look What You Made Me Do” and “Ready for It,” this song’s bubbly synth is reminiscent of work from Canadian artist Grimes. (OMG, we wish.)

Swift has comments disabled on her account for the time being, but that didn’t stop fans from freaking out on Twitter.

#GORGEOUS TONIGHT PEOPLE @taylorswift13 IS DROPPING HER NEXT TRACK pic.twitter.com/gsAMlhb0Xt

I AM NOT OK I AM NOT OK!!!! @taylorswift13 IS TRYING TO KILL ME #GORGEOUS pic.twitter.com/DtS6MlA2LH

They’re NOT okay! And we get it — this is going to be a big album release, and we’re here for any and all tidbits like this song teaser along the way.

Will you listen to Tay’s new song at midnight? Let us know @BritandCo!